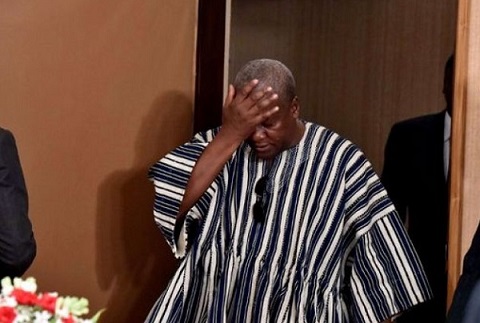 The Accra High Court on Wednesday morning dismissed the suit by the NDC challenging the decision of the Electoral Commission (EC) to re-open the voters’ register for one day on October 1, 2020.

The court in its ruling said the NDC should have filed the suit on notice so that the EC could have been served.

Meanwhile, Graphic Online has gathered that the NDC intends to refile the suit, this time on notice.

The NDC wanted the court to grant an injunction on the EC restraining it from re-opening the register without first gazetting it.

The party also wanted the Court to order the EC to comply with Public Elections (Registration of Voters) Regulations, 2016 (C.I. 91) for the intended registration exercise.

The NDC in its suit said it decided to challenge the registration exercise because the Electoral Commission did not publish a 21 days’ notice of the planned exercise in the gazette in accordance with the law governing elections in Ghana.

The party is among other things seeking from the court “A declaration that the Electoral Commission has acted ultra vires in its attempt to reopen and/or conduct registration of voters scheduled for Thursday 1st October 2020 when the Electoral Commission has not caused to be published in the Gazette, twenty-one (21) days’ notice of this voters registration to the political parties and the general public;” the NDC averred in its statement of claim.”

In the writ which named that Electoral Commission and the Attorney General as first respondent and second respondent respectively, the NDC argued that the latter acted beyond its powers in its attempt to reopen the voters’ register for those who could not register in the first exercise to do so.

It will be recalled that the EC announced that it will reopen the register for one day to allow eligible voters who could not participate in the mass registration exercise organized earlier this year due to the closure of the borders to do so on Thursday, October 1, 2020