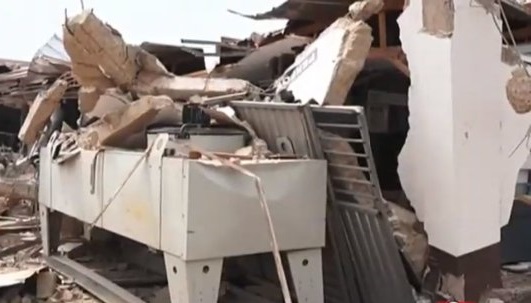 National Democratic Congress (NDC) says the demolishing of Raymond Archer's printing press at the Trade Fair Centre in Accra is an act of cowardice by President Akufo-Addo.

They have condemned the act and says it is a scheme to destroy businesses with some form of perceived leanings to the NDC.

â€œThis demolishing exercise constitutes an act of economic brutality targeted at a hardworking young businessman,â€ the NDC said in a statement signed by the partyâ€™s General-Secretary, Johnson Asiedu Nketia.

The Ghana Trade Fair Company Limited last week pulled down many structures belonging to some tenants on its premises.

READ ALSO:Â Prove to Ghanaians you have responsible leaders by calling Nana B to order - NDC Youth to NPP

Owners of the demolished properties have been in and out of court with the Trade Fair Company over its decision to evacuate them to pave way for expansion works at the premises.

But on the dawn of Sunday, February 16, 2020, the Trade Fair Company brought in bulldozers to demolish structures on its premises. 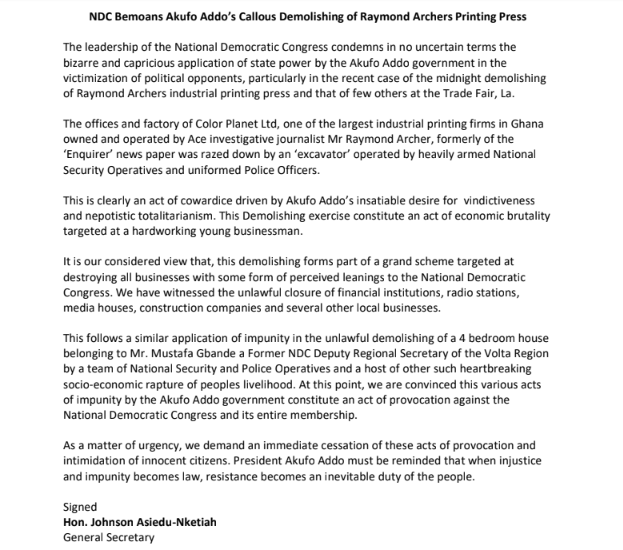