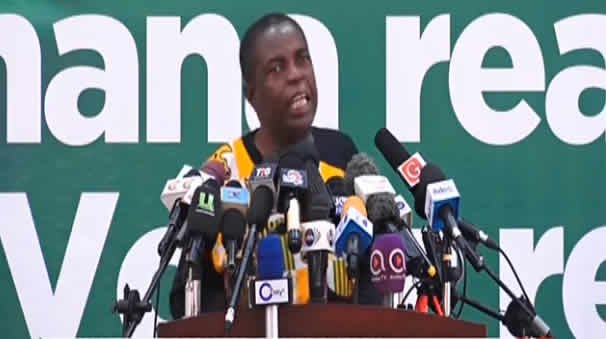 Kwesi Pratt Jnr., Editor-in-Chief of the Insight Newspaper has warned the Electoral Commission against compiling a new voters register for the 2020 elections.

Mr. Pratt believes this is unnecessary because we are a few months to the elections and this will only result in chaos if care is not taken.

He spoke at a forum organised by the Coalition of Civil Society Organisations (CSOs) for Good Governance in Accra Thursday.

He said he does not understand why the EC would say the current register is credible but would go ahead to compile a new register.

He also said this same register was used for the recent referendum which means it is credible.

"If you have a register which is credible why spend close to 1bGHC to produce a new one, this simply doesn't make sense, it falls into the category of no sense. There are many things that should worry us if the EC has decided to compile a new register why spend so much on the old one and now we want to do a new one with another cash"

Mr Pratt also warned the EC against compiling the new register as he beleives this could result in chaos because of the divided opinion.

Chairman of the People's National Convention (PNC), Bernard Mornah who was also present at the event rubbished reasons given by the Electoral Commission for the urgent need of a new voters’ register ahead of the general elections in December.

“Just this last year, we went to the polls and in that elections over 6000 assembly members were elected and according to CODEO [COalition for Domestic Election Observers] the machines functioned 98.8%, there were no difficulties.

READ ALSO: Why use ¢440m for new voters' register when you can't pay arrears of teachers, contractors - PPP quizzes gov't

“These things were said by the EC [Electoral Commission] and backed by CODEO, they said it was credible so now I am asking why they want to change something that they claim is credible”.

Parliament has already approved the GH¢444,846,663 requested by the EC for the compilation of a new voters register which the commission believes will be more credible and efficient than the existing one.