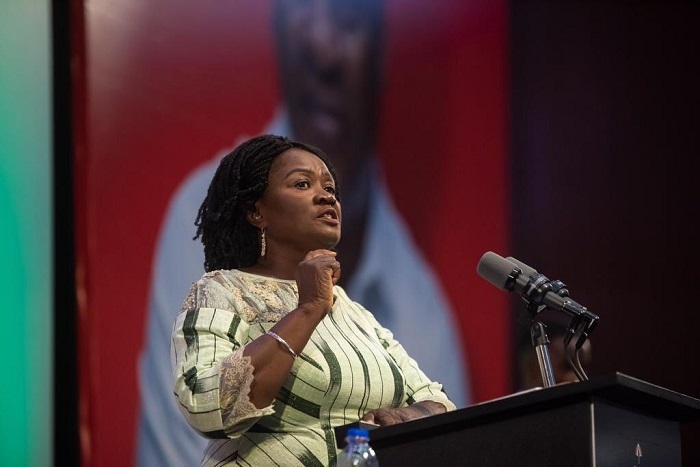 The vice-presidential candidate for the opposition National Democratic Congress, Prof. Naana Jane Opoku Agyemang says politics should not be about insults and hate speeches.

According to the NDC running mate, the NDC has a track record of ensuring that every part of the country receives some level of attention as far as developmental projects are concerned anytime they are in government.

Speaking at a durbar of chiefs and people of the Tongu areas in Juapong on October 27, 2020, as part of her three-day tour of the Volta region, Prof. Naana Jane Opoku Agyemang entreated the people to vote and bring the NDC back to power.

“What we are promising is to build a united, just, equal and an inclusive Ghanaian society that would demonstrate that every one of you matters; the okada man matters, the chiefs matter, each and everyone of us matter, as far as distribution of developmental projects are concerned,” she stressed.

Prof. Naana Opoku Agyemang further urged the people to commit themselves to working relentlessly to get the NDC back to power in order to ensure that work resumes on all abandoned projects from the erstwhile John Dramani Mahama administration.

As part of her 3-day campaign tour of the Volta region, Prof. Jane Naana Opoku Agyemang, also met with teacher trade unions in Ho to explain the NDC’s people’s manifesto and most importantly, the party’s plans for teachers and all other educational workers.

She has also been engaging Traditional Authorities and other professional and interest groups in a bid to canvass votes for the party ahead of the polls.