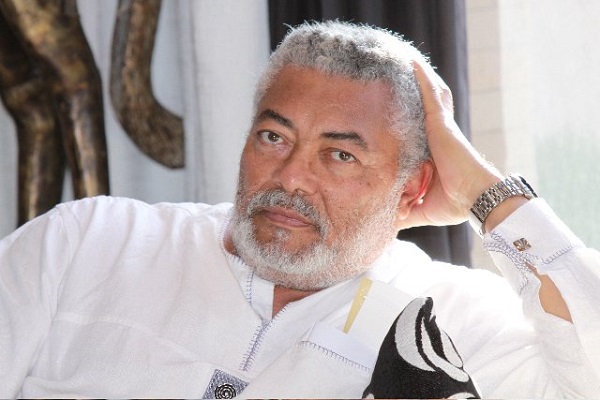 Former President Jerry John Rawlings was not present at the National Democratic Party (NDP)congress where his wife Nana Konadu Agyemang Rawlings has acclaimed as the flagbearer the party.

This is the second time Mrs Rawlings would be running as a presidential candidate.

The party in a signed statement by their General Secretary, Alhaji Mohammed Frimpong had earlier announced that Mr Rawlings would be the special guest at the ceremony but he was absent.

The founder of the National Democratic Congress (NDC) was expected to grace the occasion due to some reasons not stated, he was absent.

Even though he was absent, a solidarity message on his behalf read: "I take this opportunity to also congratulate my dear wife, Nana Konadu Agyemang Rawlings on her selection as the flagbearer of the NDP. I wish you the best of luck in all your endeavours and wish the NDP well in the 2020 elections".

In her acceptance speech, Nana Konadu Agyemang Rawling said it was time minor political parties paid more attention to capturing more seats in parliament as it truly represents the people.

"Why do smaller parties seem to forget at every election that the elected arms of government are made up of not just the executives but the legislation arms as well. This is where we should look at, each member of the NDP should be able to identify a good person that can get into parliament".

Nana Konadu was formerly a high ranking member of the National Democratic Congress before breaking away.

In 2012, the Electoral Commission (EC) disqualified her and 11 other presidential candidates for failing to meet requirements before the September 30 deadline to file nomination documents.

She contested again in 2016 on the ticket of the NDP.