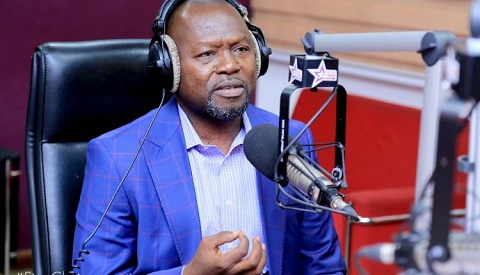 According to him, some questions which seek to establish that the petitioner knew that he lost the election after the December polls cannot be answered by the witness.

He said on Joy FM's 'NewFile' that "Look at the nature of questions posed to him (Asiedu Nketia)?"

"Asiedu Nketia is not John Mahama as he won't be able to answer all the questions that involve the petitioner (Mahama)," he added.

Mr. Nketia who was presented as a witness by ex-President John Mahama in the ongoing election petition case answered: “I don’t speak for the petitioner” several times during his cross-examination in court.

One of the lawyers for President Akufo-Addo, Mr. Frank Davies has taken on the General Secretary of the National Democratic Congress, Johnson Asiedu Nketia over some utterances the latter made in court on Friday, January 29, 2021.

Mr. Davies who could not take such excuses lambasted Mr. Nketia accusing him of trying to be “elusive and evasive.”

The Supreme Court prior to the cross-examination struck out portions of the witness statement filed by Mr. Asiedu Nketia .

This was after Akoto Ampaw, the lead lawyer for President Nana Addo Dankwa Akufo-Addo, asked the Supreme Court to expunge portions of Mr. Nketia's statement.