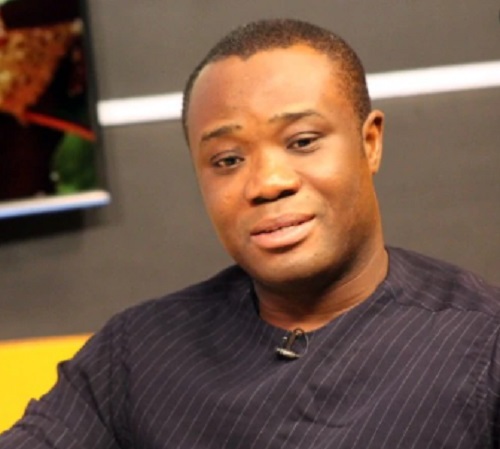 Speaking on Joy FM today, February 1, 2020, after the meeting between IPAC, EC and the Eminent Advisory Committee ended inconclusively, Felix Kwakye Ofosu said the EC's decision is motivated by politics and procurement.

Explaining his revelation, he said "there is no logical or technological reason why the EC wants to compile a new voters' register, I think there are two things motivating the EC to do this, first there is political motivation and then somebody has their eyes on procurement. Those are the two reasons why the EC wants to compile new voters' register cause it makes no sense what they are doing, you don't waste 440million Ghana Cedis on a process that is not required."

READ ALSO :Â We disagree with the governance of this country but Akufo-Addo was legitimately elected - Felix Kwakye Ofosu

According to him, there are some fundamental questions the EC need to answer before deciding to go ahead with the compilation.

The fundamental question the EC must answer is that today the register that sits in their system is it fit for purpose or not? if elections were held today with the register will the outcome be deem credible? I will answer for them it is yes because only two months or so ago I went to the Asebu Kwamankese electoral area and voted in the district assembly elections, indeed I took the pain to go around a number of centres to find out whether they have met any challenge to the equipment and everywhere I went they answered in the negative. The said the systems were working fine, no issues with network, the system has not broekn down.

Felix Kwaky Ofosu said the rate of failure was 0.6% as against even a country like India which is having advanced systems than ours but recorded 4% failure.

"The rate of failure was very minimal as the EC itself disclose a while ago that only 0.6% and there are places like India which is supposed to have advanced systems than ours recorded 4% rate of failure so there is no reason for a new register."

Commenting on the political motivation of the EC to compile the new voters' register, Felix Kwakye Ofosu said the NPP has even before the 2016 election launched an attack on the register.

An attack he describes as baseless, where Dr Bawumia claimed to have some names which are supposed to be in the register.

"I say political because the attack on this register started before the 2016 elections, the NPP is on record to have launched a baseless attack on the register, the current Vice President held a press conference and claimed that he had over 700000 names of people who were not supposed to be on the register because they were foreigners, when they were doing so they were targeting a certain part of the country with the view of achieving voter suppression. He claimed he has 10% of the evidence and will furnish the country later with the additional 90%, a committee requested that an additional 90% information which never came.."

He also added that the NDC has never doubted the legitimacy of the election of Akufo-Addo despite their disagreement with this governance, therefore, there is no reason for the EC to be forcing its way through to compile a new voters' register.Â Â

"In 2016 this register produced the current President and in as much as we have disagreed fundamentally with the governance of the Akufo-Addo administration we respect the fact that he was legitimately elected, so one can not put a finger on any reason aside political motivation.."