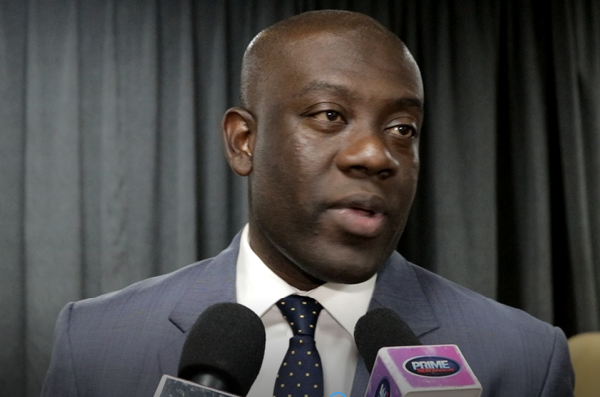 The government has described as false claims by the Minority in Parliament that the Akufo-Addo government has, within two years, borrowed GH¢80 billion.

In a statement signed and issued by the Minister of Information, Mr Kojo Oppong Nkrumah, the government said it was surprised as to why the National Democratic Congress (NDC) had shifted from its previous position of rejecting calls for an account of borrowings and added that the outrageous claims by the Minority were part of the NDC’s regular attempts to scare Ghanaians with falsehoods.

“President Mahama, in his days, was the one who admonished the opposition not to request for an account on borrowings because it suggested its MPs were sleeping in Parliament when they approved specific loans. What has changed, for which reason the NDC, under his leadership, now demands for accounts?” he asked.

“How can anybody know this and make a claim that Akufo-Addo’s government has added GHc80 billion to our debt stock?” the statement queried.

It explained that the government had set a cap of not exceeding $500 million in new project loans in 2017 and 2018 under the IMF programme and had abided by that.

In 2019, it further set a cap not exceeding $750 million in new project loans and again intended to abide by it, he said.

While advising Ghanaians to dismiss the NDC’s “usual scare propaganda” on the economy, the government argued that the evidence of an improved debt situation lay in the fact that even including the financial sector bailout, the debt-to-GDP ratio, which measured debt sustainability, remained at 56 per cent, thereby negating the NDC’s claims of a ballooning debt.

The government cautioned the Minority “to desist from putting out false claims about the Ghanaian economy”.