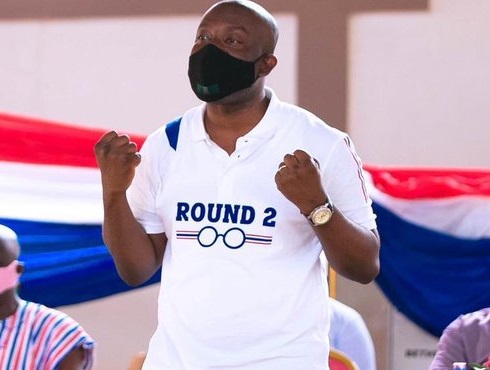 Minister for Information Kojo Oppong Nkrumah says Ghanaians who have benefited from the free secondary school policy will remember President Akufo-Addo on December 7.

He insists President Akufo-Addo envisioned and implemented the policy which has benefited many.

Oppong-Nkrumah said those impacted by the policy know how beneficial it has been to them hence they will show their appreciation come December 7, 2020.

“The millions of Ghanaians impacted by the free SHS program do not have short memories. They know it was envisioned and started by President Akufo-Addo. They will speak on December 7.”

"A President’s programs must lift up millions. I’m proud of what Akufo-Addo has done with free shs to impact millions even including generations to come."

“As far back as 2008, President Akufo-Addo sold free SHS as a game-changer. He has been consistently consistent. In him, we have a leader who sees beyond political convenience.”

There has been controversy over who implemented the policy after the flagbearer of the opposition National Democratic Congress (NDC), John Dramani Mahama said he launched the policy in 2015.

Mr. Mahama during his tour of the Upper East Region insisted that he started the free SHS policy before President Akufo-Addo and the New Patriotic Party (NPP) took over.

“We started the programme and the NPP came and continued it. Unfortunately, the implementation has been very poor, and so it ended us in double track,” Mr Mahama stressed.

Communications Director for the National Democratic Congress (NDC) Sammy Gyamfi says Mahama, will continue the free SHS policy if voted into power but he will ensure he wipes out the double-track system.

"All facts are there and it is clear we began the free SHS in 2015. So why is Akufo-Addo and the NPP peddling lies that should we be voted into office John Mahama will cancel free SHS. Mahama will not cancel free SHS but will rather make it better by improving its implementation, ending double track in his first year and invest in quality to ensure we have a free quality one track SHS"

Meanwhile, President Akufo-Addo says Mr. Mahama is engaging in a campaign of deception in the build-up to the 2020 polls.

President Akufo-Addo insists Mr. Mahama is telling “lies” to hoodwink Ghanaians into voting him back into power.