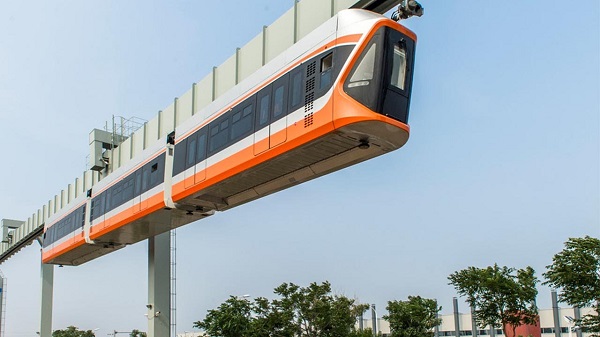 Kwame Governs Agbodza Ranking Member on the Roads and Transport Committee of Parliament, has raised questions on government's means of funding the expected Accra SkyTrain project.

The Member of Parliament for Adaklu said even though Railway Minister, Joe Ghartey, has signed several memoranda to that effect, there was no money allocated for the project.

The government earlier this month signed an agreement for the construction of the Accra SkyTrain Project on the sidelines of the African Investment Forum in South Africa.

“There is nothing in the budget to suggest that. Who wouldn’t like to have sky train? But where is the master plan and funding for it? The Minister has signed a lot of MoUs but have we seen him bring anything to Parliament? Nothing exists –that is the point. He is not being cynical; maybe the government doesn’t understand what it takes to build a railway line. It is hugely capital intensive that we can’t do with our budget. No investor is going to run to Ghana and invest millions of dollars in a railway without knowing when to recoup its investment. It is not as easy as that.”

He also advised the government to consider bringing the Railways Ministry under the Ministry of Transport as was the case before.

“I think the Railways Ministry shouldn’t even exist. That Ministry should be merged back to the Ministry of Transport. The same should be done to the Aviation Ministry. This is because the work there can be done by Deputy Ministers and Technocrats.”

The government had signed the Concession Agreement for the construction of the Accra SkyTrain Project.

The proposed initiative in Accra provides for the development of five routes, four of which are comprised of radial routes that originate at the proposed SkyTrain Terminal, at the heart of Accra, at a newly developed Kwame Nkrumah circle, and one route that provides an intra-city commuter loop distribution service, also emanating from Circle.

READ ALSO: Ghana to get Sky Train after signing an agreement with Ai

The Project envisages a total track length across all routes of 194 kilometres.

It is expected to ease the increasing road traffic congestion in Accra and boost economic activities in the capital city Accra.