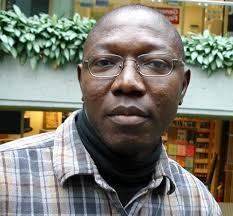 The National Democratic Congress (NDC) Member of Parliament-elect for the Builsa South constituency in the Upper East Region, Dr Clement Apaak, says will not accept any political appointment given to him by the incoming New Patriotic Party (NPP) administration.

According to him the two parties have different ideology and cannot work for the NPP which has different one from his.

“I will not take any political appointment in Akufo-Addo’s government. Quite clearly, my political ideology and the things that influence my participation in national politics are not shared by the NPP”, he stated in an interview on TV3 over the weekend.

Dr. Apaak believes the NPP is having equally capable hands to steer the affairs of the country “It is against my political leanings. Akufo-Addo has the team so let him appoint those who can help him prosecute his agenda.”

Dr. Clement Apaak is a member of the center-left out-going governing National Democratic Congress (NDC) while the in-coming governing party, the NPP, is a center-right political party that believes in capitalism.