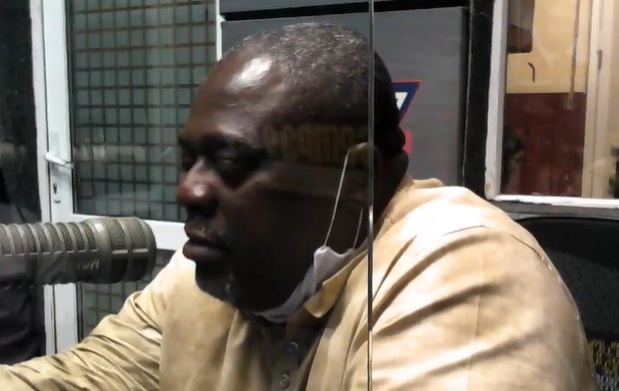 Chief Executive Officer of the Atta-Mills Institute Koku Anyidoho says he has no form of hatred towards flagbearer of the National Democratic Congress (NDC) John Mahama.

There have been several speculations that the former Deputy General Secretary of the NDC and former President Mahama have a relationship which is full of friction.

Anyidoho speaking on Asempa FM's Ekosiisen said he has no hatred for Mahama and was part of the presidential committee that elected Mahama as the flagbearer of the NDC in the upcoming election.

He added that it is just an agenda and lies that have been peddled against him by certain people in the NDC.

He cautioned those behind these lies to desist from that path or face his wrath.

"General Secretary of the NDC Aseidu Nketia called me and said he wanted me to serve on the party's Presidential Committee because the contestants were saying those at the party headquarters exhibited forms of bias so they wanted people who had credibility and were neutral, I agreed and was part of those who oversaw the party's primaries that led to Mahama being elected flagbearer in 2020"

Koku Anyidoho went on to disclosed that he will vote for NDC and Mahama in 2020 elections. He said the party matters to him and that is the main reason why he will vote.Â

Mahama has been elected flagbearer of the NDC for the second time and selected Prof. Naana Jane Opoku-Agyemang as running mate.

Anyidoho also announced that the Atta-Mills Institute will mark the 8th Anniversary since the death of Late President Prof. John Evans Atta-Mills at the Asomdwe Park.

The event will be a remembrance service and a wreath-laying ceremony will also be done.

John Evans Fiifi Atta Mills served as President of Ghana from 2009 to 2012.