I'll not let the people of Ghana down - Akufo-Addo assures 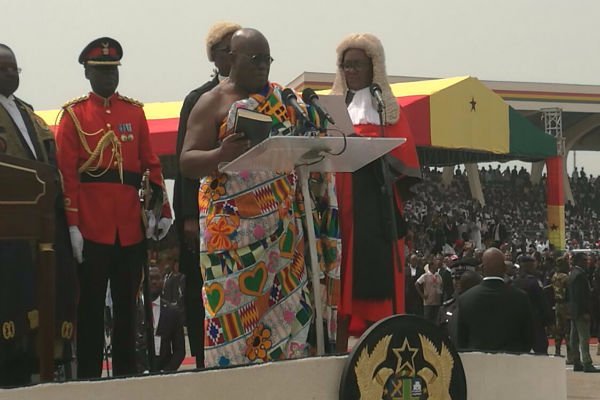 His Excellency Nana Addo Dankwa Akufo-Addo has stated that he will not let Ghanaians down for the confidence they have reposed in him.

His victory, coming at the third time of him asking, has been described as a hard-fought and deserving victory.

In his inaugural speech after being sworn in as president on January 7, Mr Akufo-Addo expressed his gratitude to Ghanaians for the opportunity given him to lead the nation and assured of his determination to work for the betterment of Ghanaians.

"I stand here today, humbled beyond measure to lead this nation into development andI am determined to do all in my power to accomplish the task of the mandate and justify the confidence of Ghana".

According to him, having the unique advantage of having three former presidents around to consult, he had no excuse to let down Ghanaians down.

"I am now in a position to draw on the wisdom and experience of three former presidents of the Republic of Ghana and I will not let the people of Ghana down".