Everything I say gets politicised, I have chosen silence now – Blakofe 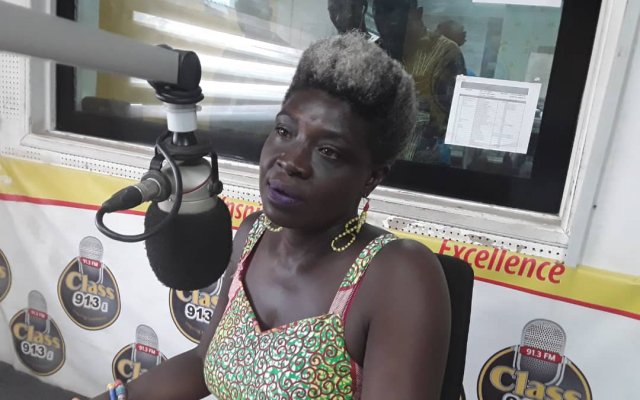 The former Deputy Director of the Ghana Tourist Development Company (GTDC), Sanaaheneba Akua Manfo, a.k.a Blakofe has said she is cautious commenting on national issues because whatever she says gets politicised and misconstrued as an attack on the Akufo-Addo-led government.

The former Deputy Director of the Ghana Tourist Development Company (GTDC), Sanaaheneba Akua Manfo, a.k.a Blakofe has said she is cautious commenting on national issues because whatever she says gets politicised and misconstrued as an attack on the Akufo-Addo-led government.

Blakofe resigned from the GTDC in May 2018 over what she described as massive corruption at the company.

Shortly after her resignation, she sounded an alarm on her Facebook wall that should she be found dead all of a sudden, it would be because she told truth to power, and, as a result, has been targeted for elimination.

Speaking to Felicity Nelson on Straight Talk on Class91.3FM on Thursday, 23 May 2019, the TV presenter, writer and development communicator said although she has a lot of ideas to share for the growth of the country, she has chosen to be silent because whatever she says gets politicised.

“I have things I want to say, I don’t have all the solutions but I have some ideas for tourism, some ideas for this, some ideas for that, I even have ideas for the plastic waste [menace]; how to solve the sanitation problem, but if I dare say [them], they will say she’s talking against NPP and president Akufo-Addo. So, now, I won’t talk about issues to do with Ghana again because they don’t appreciate those of us who have the ideas and brilliance…”

Pushed by the host, Ms, Felicity Nelson, to share some of her ideas about how Ghana can develop the tourist sector, Blakofe said: “First and foremost, let’s clean our country because nobody will visit a dirty country. They will come once, they will see the plastics, they will tell their friends, ‘don’t go there’.

Straight Talk with Felicity Naana Nelson airs on every Thursday, from 2pm - 3pm, on CLASS91.3FM.