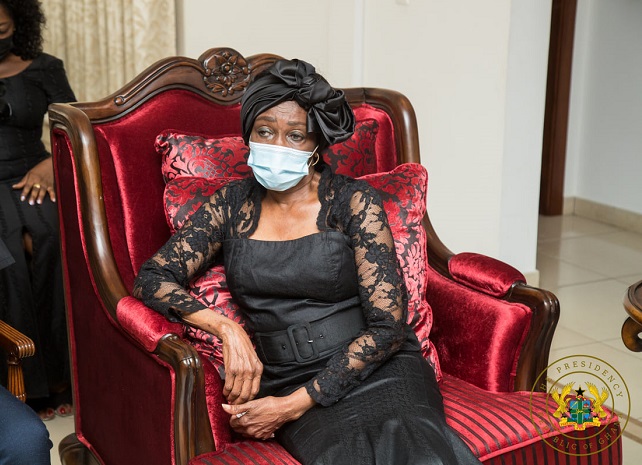 This Mr Nunoo-Mensah will show a sign of respect to her late husband former President Jerry John Rawlings.

Mr Nunoo-Mensah says this move if made by Nana Konadu will always mend the broken bond she had with the NDC.

"Rawlings loves the NDC but he distanced himself that is what I saw. If Akufo-Addo wins or his wife he has no problem all he wants is a prosperous Ghana. If I were Nana Konadu I will not stand for the presidential elections in December. If she asked me I will tell her to call it off as a respect to her late husband. I asked Rawlings once that his daughter is contesting as MP on the ticket of NDC, his wife is also flagbearer for NDP so how would he vote but he never answered," he said after visiting the residence of late President.

The Electoral Commission (EC) has processed and cleared 12 presidential aspirants to contest in the 2020 general elections.