Kyei Mensah-Bonsu to leave Parliament in 2024 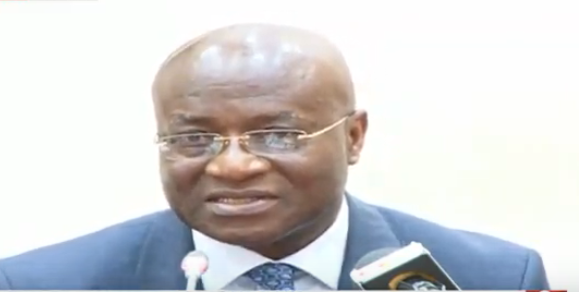 Mr Osei Kyei Mensah-Bonsu, Majority Leader in Parliament and the Member of Parliament for Suame constituency has indicated his intention to bow out of Parliament in 2024.

This came after there were speculations that he will not re-contest the Suame seat in the upcoming 2020 elections.

Kyei Mensah-Bonsu in an interview on Accra based Okay FM on Thursday said his opponents who were spreading that falsehood that he was not contesting again in 2020. He said he was ready to contest but may not do so in 2024.

Mr Kyei-Mensah-Bonsu has been representing the people of Suame in Kumasi since January 7, 1997.

He also revealed that he nearly left Parliament in 2016 as a result of pressure from his wife who felt he had had enough and so he “must leave the kitchen because the heat was too much.”

“I nearly acquiesced but I was prevailed upon by the current President [Akufo-Addo] who advised me not to leave him and the party in the lurch.”

It is reported that President Akufo-Addo had to plead with Kyei Mensah-Bonsu to reconsider his decision because he was going to need him to hold Parliament together to anchor his presidency since his absence in the current Parliament would have created a big vacuum in NPP and therefore asked to stay until that gap was filled.