Political vigilantism : Politicians will be jailed for engaging in act - Maj. Leader 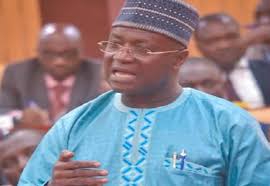 Political vigilantism : Politicians will be jailed or ban for a decade - Maj. leader

The Majority Leader of Parliament, Michael Osei Kyei Mensah - Bonsu has disclosed that politicians who encourage the activities of vigilante groups will be made to face the law.

According to Mr Kyei Mensah Bonsu, the government intends to fish out political leaders who support militia activities and make them pay for their actions.

Political vigilantism has been frowned upon by civil society organisations, churches and the majority of Ghanaians who have called on political parties affiliated to such groups to dissolve them.

In a bid to deal with the menace, President Akufo-Addo appealed to the two main parties, the governing New Patriotic Party (NPP) and the main opposition National Democratic Congress (NDC) to disband those groups.

The Attorney General later laid before Parliament, a bill to outlaw the activities of political party-affiliated militia groups, which is currently at the consideration stage.

At a stakeholder’s forum on the monetisation of politics on Monday, 8 July 2019, Mr Kyei-Mensah-Bonsu expressed optimism that the bill will be passed into law by the House today, Tuesday, 9 July 2019 to root out political party militarism.

“What we intend to do is to even identify political parties that harbour these vigilante groups. The leadership of that political party is going to face the law and we intend to imprison them for harbouring such vigilante groups in their party and then after serving the sentence, at least 10 years will have to elapse before you’re brought back into mainstream politics.”