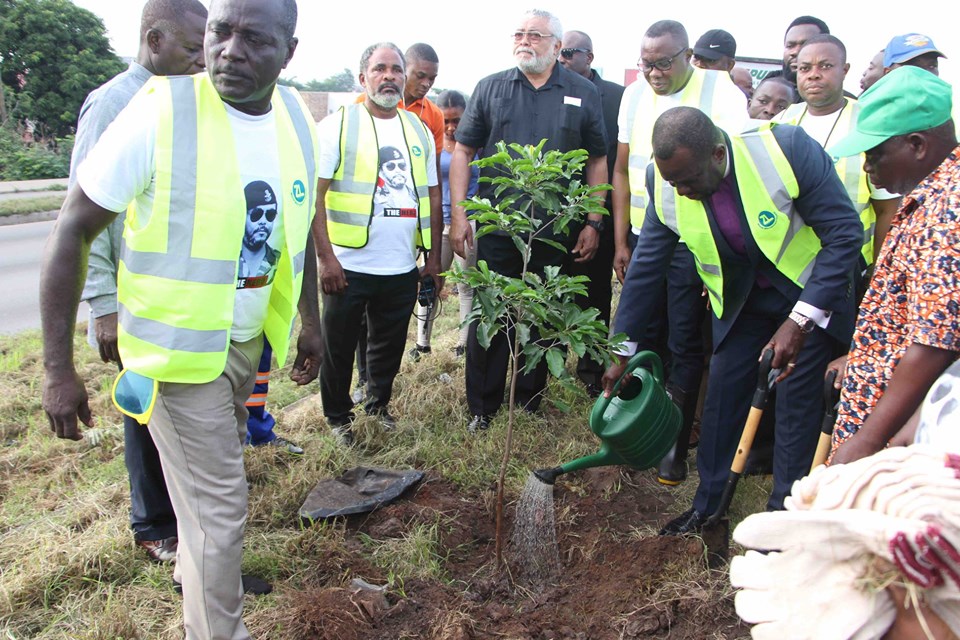 Former President Rawlings on Saturday morning joined cadres and members of the general public to plant trees along the island separating the road between the Ghana Standards Board traffic lights and the Legon traffic lights.

The former President who planted the first tree urged Ghanaians to plant the theme of the celebrations - Developing a national character for sustainable good governance – in their hearts.

“Ladies and gentlemen, as we commemorate this history event, with a tree planting exercise I sincerely pray that the theme for this event will also be planted in our hearts,” the former President stated, before departing for Ho in the Volta Region to attend the funeral of Steve Akorli, former Minister of Roads and Transport under the NDC. 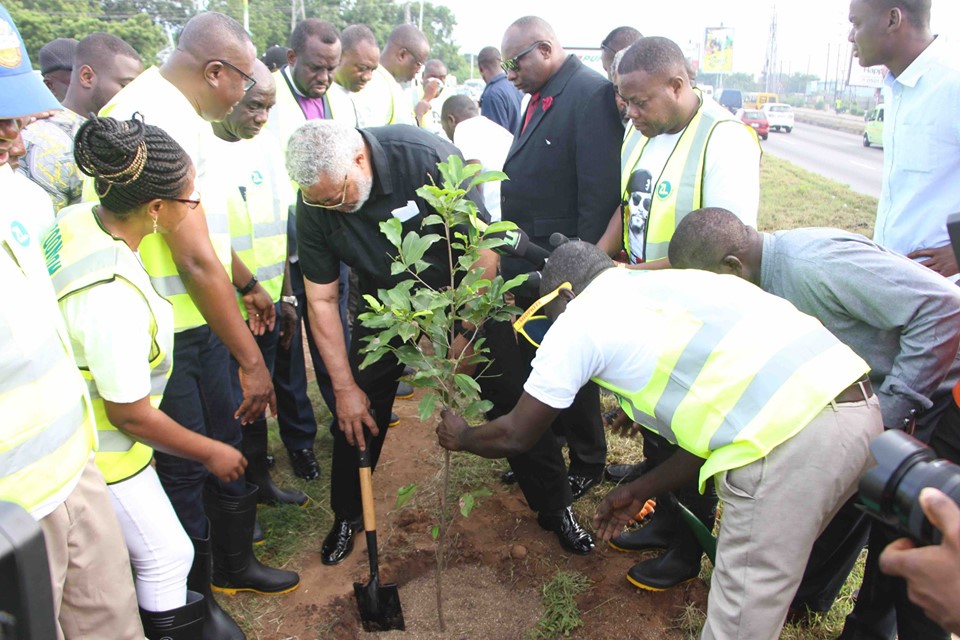 Organised in conjunction with Zoomlion Ghana Limited, the Department of Parks and Gardens and the Forestry Commission, the exercise aimed to celebrate the environmental credentials of the leader of the uprising, Flt Lt Jerry John Rawlings. The spate of indiscriminate felling of trees without recourse to planting new ones is having dire consequences on the climate and the exercise was organized to encourage Ghanaians to re-embrace tree-planting as a way of life and to mitigate the effect of climate change and foster a cooler environment.