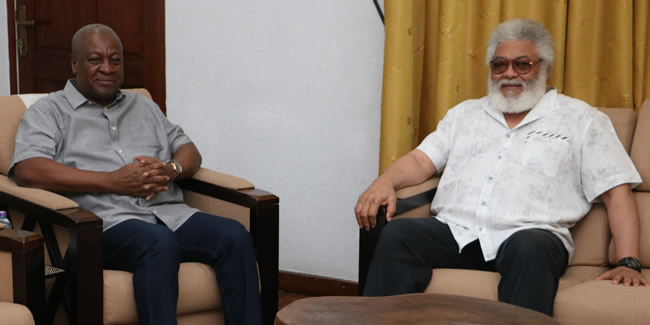 Secretary-General of the National Democratic Party (NDP), Alhaji Mohammed Frimpong who addressed a press conference on November 23, 2020, said the NDC is shedding crocodile tears because there was some form of tension between them and their late founder.

He said the NDC who a few months back was out and about damaging the reputation and achievements of late former President Jerry John Rawlings is today singing from a different hymn page and a different tune altogether.

He said the NDC has now assumed the position of chief mourners and are crying more than the bereaved.

What the NDC is seeking to do according to the NDP is to exploit the death of Jerry Rawlings.

Mr Frimpong also made an allegation that NDC flagbearer John Mahama is sponsoring one Kelvin Taylor to create content and share to damage the reputation of Rawlings.

He also said the Ahwoi's and Mahama are trying to take control over the NDC.

The National Democratic Party (NDP) have also denied reports that Presidential candidate of the party Nana Konadu Agyeman Rawlings has withdrawn from the December polls.

The party says Mrs Rawings is still in the race and asked Ghanaians to brush off claims that she has withdrawn.