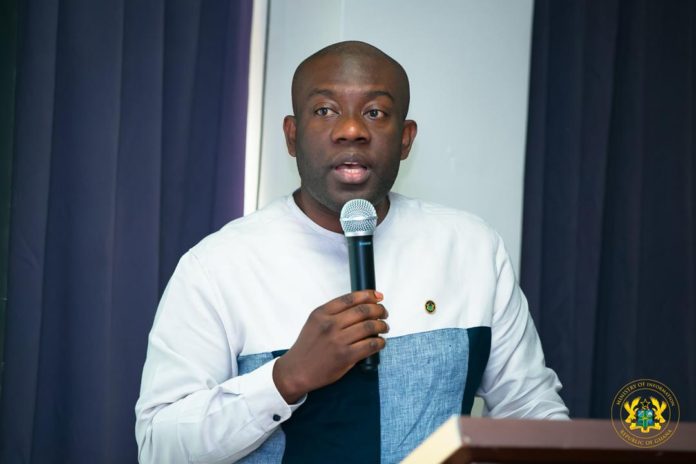 The government has charged Ghanaians to ignore John Mahama and the NDC's allegation that President Akufo-Addo accepted a bribe in 2016.

The government says it is shocked and disappointed that the Presidential candidate of the NDC has resorted to falsehood and fabrications in the build-up to the general elections just to tarnish the image of the President.

The NDC have made reference to a supposed video of President Akufo-Addo receiving $40,000 as bribe a few days to the 2020 polls.

But a statement from the government signed by the Information Minister, Kojo Oppong Nkrumah indicated that “the government of Ghana noted without much surprise, a desperate attempt by the campaign of John Mahama to falsely accuse the President of the Republic, Nana Addo Dankwa Akufo-Addo of bribery”. 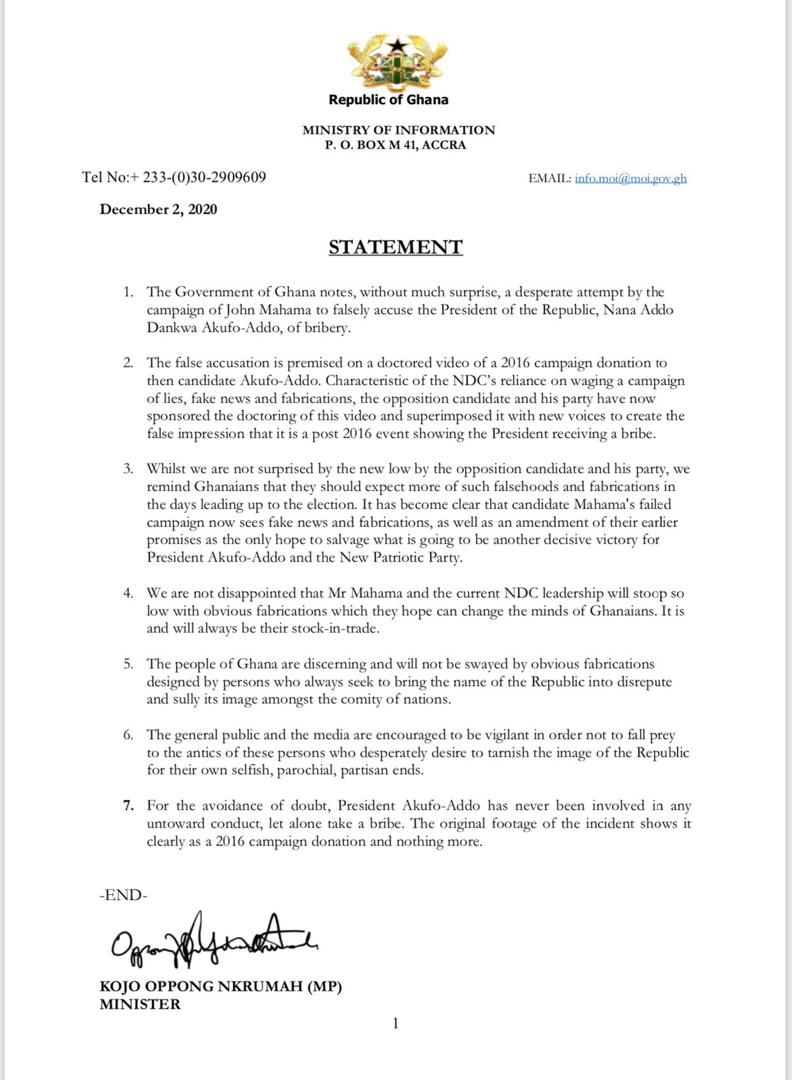 In the said videotape, the second wife of the Director of Urban Roads is seen meeting Nana Akufo-Addo through another stalwart of the New Patriotic Party (NPP) at the Nima residence of the President and giving him a fat brown envelope.

The main opposition National Democratic Congress (NDC) says it was a bribery scene involving the President but Mr Baako says the event happened in the lead-up to the 2016 elections when Mr Akufo-Addo was just a candidate.

The NDC argues that Alhaji Abass’ wife doled out the alleged bribe to President Akufo-Addo so he could keep her husband at post since there were agitations for his from office on grounds that he was a member of the NDC.