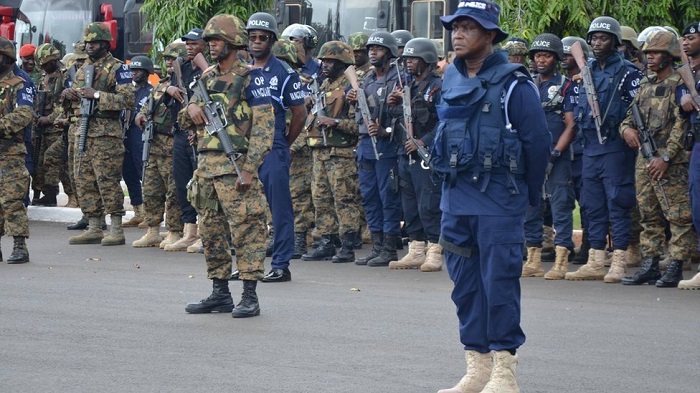 The Minority NDC is demanding to know the movement of security heads as election 2020 beckons.

The minority is of the view that such information will bring about transparency in the deployment of security on election day.

Minority leader Haruna Iddrisu says the conduct of some security personnel in the past is a cause to worry especially in NDC's strongholds.

"The conduct of a few of the security personnel leaves more to be desired. I saw a number of personnel being beaten by a section of the personnel in Tamala two days ago. We are asking for utmost neutrality, we may even as a party be interested in heads of the security agencies disclosure to us, who goes where and when we need to know, so we can hold them accountable to their conduct on election day.

The Minority recently received some backlash after Sammy Gyamfi the Communications Officer of the NDC threatened security officers that they will lose their jobs if President Nana Addo is voted out of power.

Sammy Gyamfi in a press conference held on July 22, 2020, indicated that security officials who he accused were in bed with the President will be mercilessly dealt with when the NDC comes into power.

Sammy Gyamfi further took to his twitter handle to stress his message as he tweeted: “Notice is hereby served to all unscrupulous Security Officials who have lent themselves to the despotic Akufo Addo-gov’t as pliant agents of violence against innocent citizens, that the next NDC gov’t will fish them out and deal with them mercilessly when power eventually shifts”.