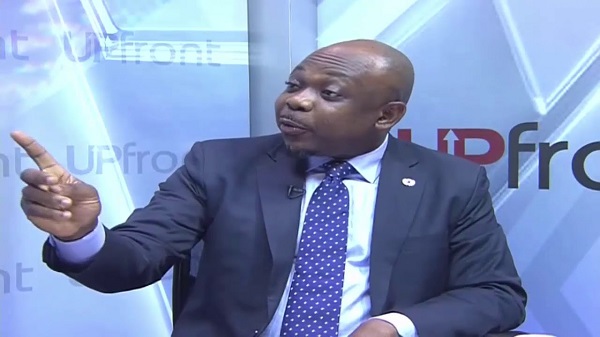 The Minority in parliament has threatened that they may be forced to withdraw from the ongoing discussions to disband vigilante groups if President Akufo-Addo does not publish the Emile Short Commission's reports.

The Emile Short Commission which probed the Ayawaso West Wuogon by-election violence presented their report to President Akufo-Addo in March but is yet to make known the content and recommendations of the report.

The President has six months within which he may cause the publishing of the reports but the minority wants it to be published as soon as possible.

Ranking Member on the Defence and Interior Committee in parliament James Agalga speaking on behalf of the minority at a news conference said the consideration of the vigilantism bill before the house without inputs from the Emile Short reports will render the exercise to disband vigilante groups fruitless.

"We are very clear in our minds that the President has six months within which to submit the reports, again we are clear in our minds that there are very compelling reasons why the reports must be published now, there is a vigilantism bill before us, parliament is been stampeded to pass the bill under a certificate of urgency, a few days ago, the President is reported to have said parliament needed to pass the bill before the end of June, it is not the place of the president to issue directives to parliament, it is not an extended arm of the Jubilee House"

"Parliament is an independent arm of government, but how is it that we are being stampeded to rush a bill without recall to the Short commission reports, from where we sit we don't know of any recommendation, so it will be in everybody's interest that the reports are made known so we can be guided to pass a well-informed bill into law"

The latest event to trigger the call for the disbandment of political vigilantism came on the back of the Ayawaso by-elections.

There was chaos at Bawaleshie which resulted in a shooting incident and some 13 people sustaining injuries.

This chaos has been blamed on some masked men who are said to be civilian National Security operatives who stormed the area.

This prompted President Akufo-Addo to set up a Commission of Inquiry to probe the issue and after a month they made certain recommendations, one of such was to disband political vigilante groups according to reports.

The President even promised to exercise the legislature to disband these groups if need be.

He then asked his party the NPP to meet with the NDC and find ways to disband these groups and talks have been ongoing for sometime now.

Some of the vigilante groups are the Azorka Boys, the Invisible forces and the Hawks.