Be present for vote of censure - Minority MPs told 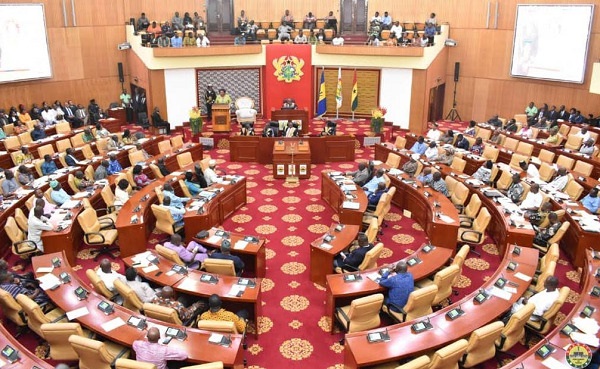 The Minority in Parliament have been urged to all be present during the vote of censure in other to get the required number to have the Finance Minister removed from office.

The Deputy Minority Chief Whip, Ahmed Ibrahim in an interview said the group will not relent in its efforts to have the Finance Minister removed from office.

" The Minority Chief the Hon. Muntaka Mubarak has sounded a note of caution to all Minority MPs. That all the 136 MPs must be in chamber on Thursday. So any member who may absent himself from the chamber is at his own risk and bare in mind that the whole Ghana is interested in this motion."

Ahmed Ibrahim added that the Finance Minister has been duly served and will be in the Chamber to defend himself.

" The minister of finance himself duly said to come and open his defence on Thursday. So everybody must be prepared that on Thursday the motion of censure is going to be moved. Our constituents are interested in this motion."

The Minority are confident their Majority colleagues will join them in the vote to remove the Finance Minister Ken Ofori-Atta from office.

The Minority Caucus will on Thursday move its vote of censure motion filed by the NDC Members of Parliament against the Finance Minister, Ken Ofori-Atta.

The debate and vote on the censure motion on Thursday November 10, 2022 follows the expiration of the seven-day notice the constitution mandates.

They initiated the process in October citing mismanagement of the economy, alleged withdrawals from the Consolidated Fund, illegal payment of oil revenues into offshore accounts among other reasons.

The grounds the Minority cites for the vote of censure are: