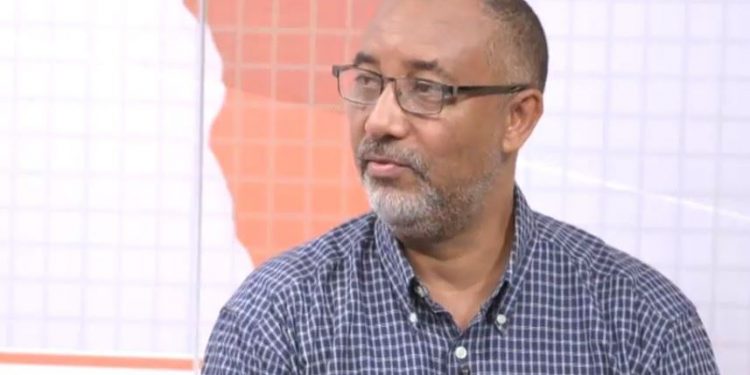 Alex Mould, a former Chief Executive of the Ghana National Petroleum Company (GNPC) has joined the race for who becomes the running mate of John Mahama, flagbearer of the opposition National Democratic Congress (NDC).

Alex Mould in an interview on PM Express justified himself as a good choice for being selected as the running mate for Mahama the flagbearer of the NDC.

Among other things he said was his experience and achievement puts him on a good footing with Dr Bawumia Vice of Ghana and running mate to President Akufo-Addo in the upcoming general election.

READ ALSO: I have an idea who my running mate is and I will name the person at the right time - Mahama

Bawumia has been described by New Patriotic Party faithfuls as an "Economic wizard".

Mr Mould, however, believes he has all the attributes to match Bawumia at any level if he is selected as the running mate to John Mahama.

He also disclosed that he will gladly accept if he is selected by Mahama as running mate because he knows he is competent enough to help Ghana move forward.

“I think there is a process that goes into it. The flagbearer has to work with the Functional Executives of the party in consultation with the elders and come up with a criteria. If the call me and nominate me and I pass the criteria, I definitely will accept it.”

Mahama recently explained why he has not appointed a running mate as at now.

In a Facebook live broadcast on COVID-19, Mr Mahama answering a question on his running mate said this is not the ideal time to do so, and he and the party will name and outdoor the running mate at the appropriate time.

“I have a fair idea who my running mate is, we are not late in naming my running mate, what is the use of naming the person in the midst of COVID, we can’t outdoor him/her now as we are all fighting COVID-19, so at the appropriate time we will do that. But I can assure you he will be someone that will help to transform this nation when I become President come January 2021”.

General Secretary of the NDC Johnson Asiedu Nketia also says he will not turn down an opportunity to be the running mate to John Mahama for the 2020 elections.

Who is Alex Mould

Alex Kofi Mensah Mould is a former Chief Executive Officer of Ghana National Petroleum Corporation. He has been a member of the National Democratic Congress for a long time.

Before he was appointed CEO of GNPC, he was the CEO of the National Petroleum Authority.

After graduating from the Kwame Nkrumah University of Science and Technology, Mould was posted to do his one-year national service at the newly created Ghana National Petroleum Corporation in 1985.

After service, he was employed by the corporation as a Chemical engineer. He rose through the ranks to become a special assistant to the CEO of GNPC in the area of marketing. In 1997, Mould resigned from the corporation and was appointed as a senior associate at Structured Trade Finance Americas of UBS Investment Bank from 1997 to 1999.

When the John Atta Mills administration was voted into power in 2009, Mould was appointed Chief Executive Officer of the National Petroleum Authority.

He remained in the position till 2012 In January 2013, when the John Dramani Mahama administration took over the reins of government, Mould was sent to the Ghana National Petroleum Authority as its chief executive. He took over from Nana Boakye Asafu Adjaye, who had headed the corporation since 2009.

He remained in the position till the end of the John Mahama administration. In January 2017, he was replaced by Kofi Koduah Sarpong.