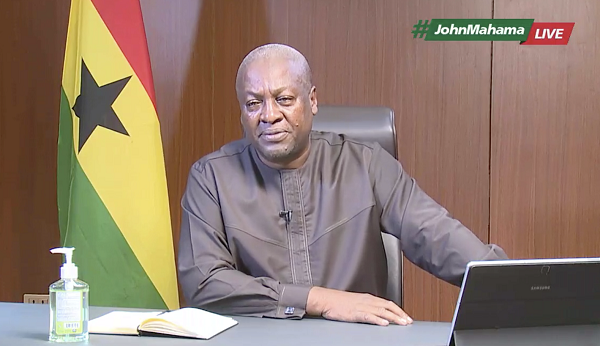 John Mahama flagbearer of the National Democratic Congress (NDC) says he already knows who he will be picking as his running mate but can't name the person now because it is not appropriate.

The NDC re-elected John Mahama as their flagbearer in 2019 but the former President is yet to pick a running mate.

Mr Mahama in a Facebook live session on COVID-19 said even though he has a fair idea who he wants to choose as a running mate it is not the ideal time to name the person.

"I have a fair idea who my running mate is, we are not late in naming my running mate, what is the use of naming a running mate in the midst of COVID, we can't outdoor him now as we are all fighting COVID, so in the appropriate time we will do that. But I can assure you he will be someone that will help to transform this nation when I become President come January 2021".