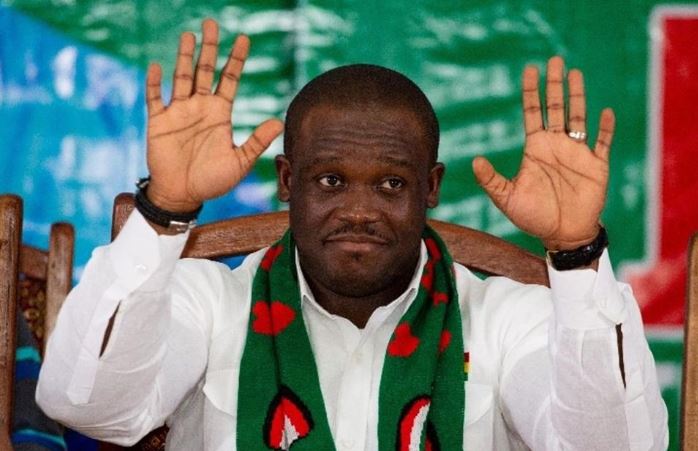 Member of Parliament for Ningo Prampram Sam George says his first loyalty is to the National Democratic Congress (NDC).

Speaking on Metro TV's Good Evening Ghana, Sam George stated that to him the interest of the NDC comes first before Ghana and he would remain loyal to the party no matter the situation.

READ ALSO: The "Judas" in NDC are being exposed, time to remove them - Anita Desoso

He further explained that though he is an MP in Ghana's parliament, it was the NDC vehicle that sent him there so his loyalty lies with them.

“People are free to do that. But like I said, given my orientation and my belief, and my upbringing in the NDC, I believe that my first loyalty is the party and whenever I write on social media I always say that my loyalty and my fidelity is to my party and country,” the MP stated.

On the same programme was Minister for Information Kojo Oppong Nkrumah who disagreed with Sam George on the matter, according to him, Ghana comes first before any political party.