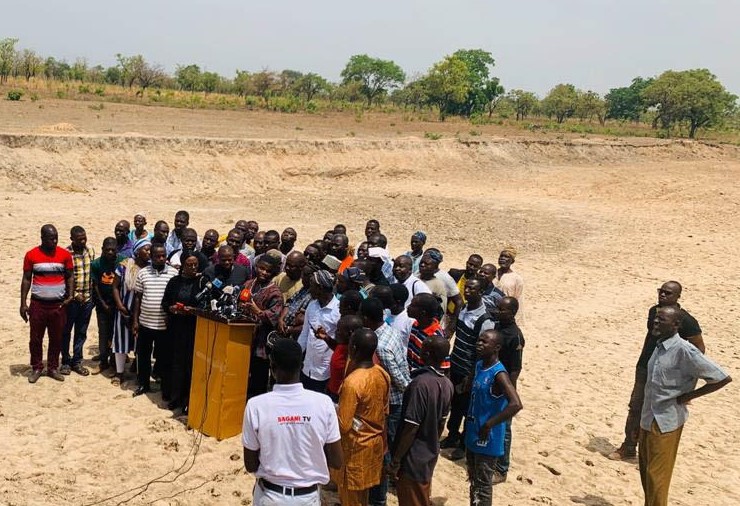 The Ministry for Special Development Initiative has hit out at the National Democratic Congress (NDC) accusing them of engaging in cheap propaganda.

On Wednesday, March 11, 2020, the NDC at its 8th edition of the partyâ€™s â€œMoment Of Truthâ€ series toured three of the dam sites in Adibo and Nakpache in the Yendi constituency and at Zakpalsi in the Mion constituency.

The National Communication Officer for the NDC, Sammy Gyamfi who led the team said the dams in their current state would not be able to serve their intended objectives.

READ ALSO: Ghana only experience development when NDC is in power - Samuel Ofosu-Ampofo

However Communication Director at the Ministry for Special Development Initiatives, Kabori Awudu Moro said the dams cited by the NDC had already been declared uncompleted by the government itself and so they got it all wrong.

â€œWe disagree with their conclusion that the dams are not fit for purpose and that it has not been properly constructedâ€¦.It is kind of a surprise to us that the NDC will rather choose to go and do the press conference at the dam site that we have already given the indication that we have not completed. I think they got it very wrong and we believe that their action is clearly aimed at scoring some cheap political points,â€ he said.

NDC has consistently demanded a complete overhaul of the One Village One Dam projects, urging the government to realign its funding to produce standard dams.

There are concerns that the implementation of the policy has been subpar.