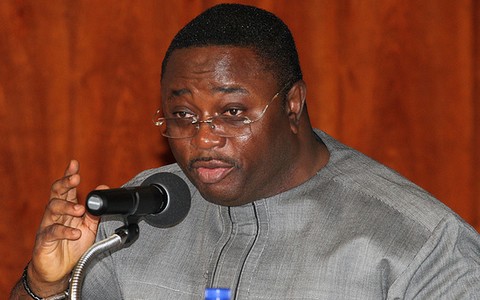 The National Democratic Congress, NDC has led some other political parties to stage a walkout at the Inter-Party Advisory Committee, IPAC meeting today.

According to the NDC and some of the opposition political parties, there were no extensive deliberations before the Electoral Commission went ahead to procure the software and hardware for their new biometric register.

They also questioned the cost of the new device and stated that as the election year is very close it will not be advisable for major electoral reform.

Director of Election for the NDC Elvis Ankrah explained the reason for their walkout to Citi FM.

"... first of all, you need to look at the trajectory of events, there were two emergency IPAC meetings that were held back to back and in all of them they did not state clearly that we are going to discuss biometric register especially with the first one, so we have asked that they provide us with the minutes and detailed report because they claim that there was a technical report by a consultant which form the basis of their decision, it's only fair and proper that if you are going to take a position and this is supposed to be a collective decision, the document forming the basis of that decision must be made available to us, again the issue of cost came up. We have all agreed that the system needs some upgrade in some dimension but they are saying that the cost of the upgrade will cost more than the cost of the new system, we asked them to give us the cost of the upgrade and the new system, they have not been able to provide it, meanwhile, they claim that's the basis of their decision, how can we make a decision based on facts and figures we do not have so we again asked for those figures, we wrote to them but they have not given them to us and more importantly, it appears that the meeting was just a rubberstamp......"