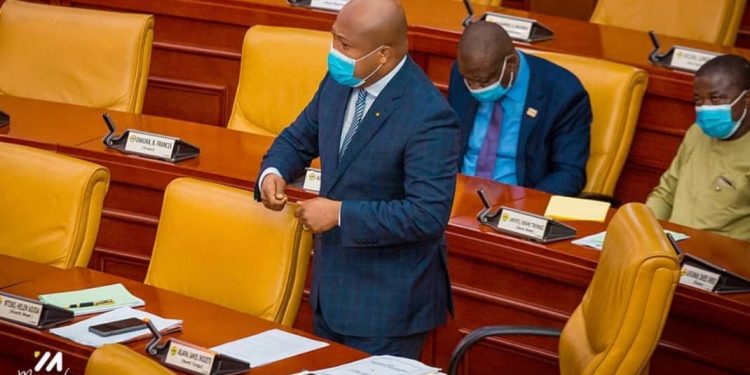 This comes after he described as unfair, vexatious, malicious and downright offensive theories against NDC Members of Parliament’s Appointments Committee and the larger NDC caucus.

READ ALSO: Those who assault our democracy must know there’s a heavy price to pay - Ablakwa

The NDC despite their near-equal strength in Parliament currently constitutes the Minority after Fomena MP pitched camp with the NPP.

Mr Ablakwa reacting to critics who in the wake of the creation of Parliament's Appointment Committee which has 13 members from the governing party and 13 members from the opposition, predicted that the NDC members may either allow themselves to be induced during decision-making or be bulldozed by the majority group says that is impossible because they have their integrity to protect.

He took to Facebook and wrote: "The conspiracy theories against NDC Members of Parliament’s Appointments Committee and the larger NDC caucus are most unfair, vexatious, malicious and downright offensive.

"We have demonstrated enough grit since the election of Speaker to prove to the world that we cannot be influenced by inducements neither are we pushovers. We are simply unbribable and absolutely impenetrable!

"The Ghanaian people didn’t bestow upon us these impressive numbers in Parliament only to use it for dirty deals with the forces of darkness. That will represent a betrayal of the people’s mandate in the most obscene and unconscionable terms.

"We are confident that our work on the committee shall vindicate our integrity.
Yes, we shall not be a group of reckless obstructionists but we do not intend to serve as mere conveyor belts or jinxed accomplices either.

May the Lord be our helper"