NDC, PNC walk out of IPAC meeting, urges EC to postpone meeting indefinitely due to Covid-19 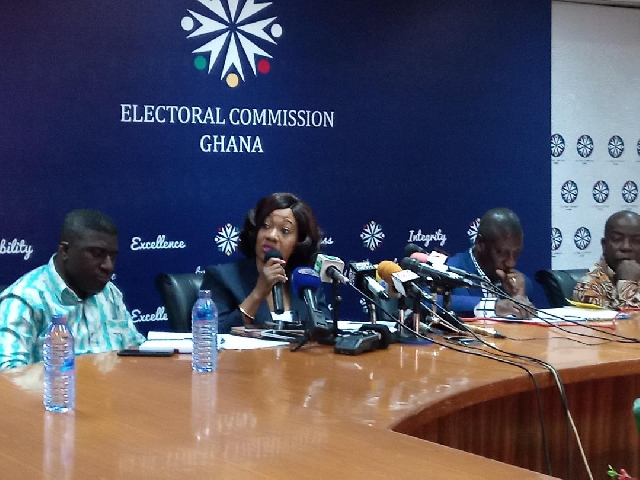 Some four political parties including the National Democratic Congress (NDC) and the People's National Convention (PNC) walked out of an ongoing Inter-Party Advisory Committee (IPAC) meeting.

In the wake of the coronavirus outbreak, the EC in line with the President's directive on public gathering resolves to divide the parties into two different groups and thus asking one member to represent each party.

Chairman of the PNC Bernard Monah is unhappy with the EC's arrangement and believes the EC should have chosen a bigger venue to contain all representatives.

The NDC earlier sent a request to the EC to postpone all future meetings indefinitely due to the Covid-19 outbreak but the EC says it can not grant such a request.

They also requested that if the activities of the EC is essential then a bigger venue should be chosen for such a meeting going forward.

The meeting is currently underway and the NPP, PPP and representatives from the LPG are engaging the EC.

This is not the first time the NDC has walked out of an IPAC meeting as they did same in December last year.

The EC will also meet APC and the other less active political parties all in the name of discussing whether there should be a postponement for the April 8 Voter's registration exercise or not.

The Electoral Commission has had to deal with firm opposition ever since the decision to compile a new Voters' Register surfaced.

Even though there are calls by these opposition parties to rescind this decision, the EC says the compilation of the voters' register will begin in April.