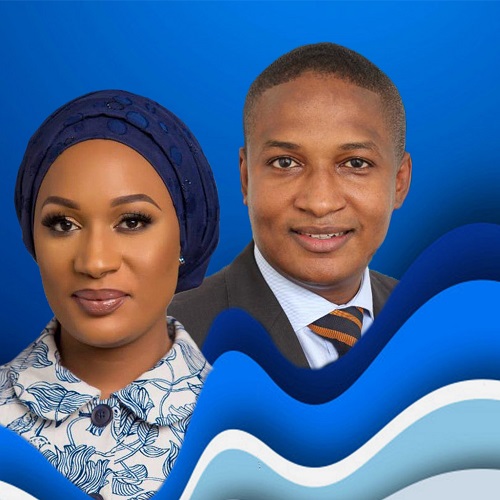 With the 2020 general elections just around the corner, the NDC has initiated its processes to elect its parliamentary candidates and hopefully regain the majority status it lost during the 2016 elections.

The Adentan constituency, historically an NDC seat, seems to have one of the keenest contests and what many have described as a cat versus mouse affair.

Having earlier declared their intentions, and subsequently picked up their nomination forms, the three main contenders include a former MCE of the constituency; Benjamin Angenu, a former Minister of Gender; Nana Oye Lithur and the return of Adamu Ramadan, the 2016 NDC parliamentary candidate who lost the seat to Hon. Yaw Buabeng Asamoah (Director of Communications – NPP)

Despite having three (3) aspirants, the constituency seems to be split between Nana Oye Lithur who many have tipped to eventually win the Adentan seat if given the nod and Adamu Ramadan who is looking for a shot at redemption having squashed the first opportunity given by the party delegates.

In submitting his nomination forms, Adamu Ramadan and his supporters begun their march from the Adentan barrier police station, all the way to the Adentan NDC constituency office where the forms were submitted to the constituency executives.

Speaking to the media on his motivation to re-contest, Mr. Ramadan highlighted his efforts towards building harmony within the Adentan constituency and also his likable persona as a man of the common people.

“Adentan is my home, and I have served in the interest of its constituents for many years. I believe we have learnt our lessons from 2016 and we are ready to win the seat’’

However speaking to some delegates present at the party office they expressed concerns about the true allegiance of Mr. Ramadan, citing his closeness to the ruling NPP government as a major conflict of interest for many party faithful’s.

These concerns as shared by many delegates was the reason an NDC Presidential Candidate John Mahama lost for the first time in Adentan, because many NPP sympathizers voted for Ramadan due to his NPP affiliations and for their then flagbearer Nana Akuffo Addo.

Additionally, Ramadan’s silence on national issues and lack of criticism on flawed NPP government policies has further heighten delegates fears and confirmed his hidden love for the NPP due to his family’s integral involvement.

"As for Ramadan, He’s a very nice guy but I feel he’s an NPP agent planted into the NDC to disrupt our votes. I will share a meal with him but I don’t think I will vote for him, we need a candidate who can win the Adentan seat, someone who is truly NDC: Mind, Body and Soul’’

Another delegate also spoke on the use of money to influence delegate decision as a major turnoff for the primaries. He stated that, it should be a dialogue of ideas, where the decisions of delegates are based on which candidate can deliver whiles bringing a lot of goodwill to the constituency. When asked who he would vote for, He declared that both candidates had not presented enough material to merit his vote.

However, some representatives from Nima who were amongst the entourage and loyalists of Adamu Ramadan; urged their colleague delegates to vote for Ramadan because of his long service within the Adentan constituency.
“Ramadan has been with you for long, He’s our brother, He’s your brother and He deserves another chance’

Although the event was centered around Adamu Ramadan, we chanced upon some supporters of Nana Oye Lithur who is expected to file her nomination tomorrow Friday 19th of July 2019.

When asked to comment, they confidently said their candidate represented a new dimension of leadership which is centered on the welfare of the common people. They mentioned her work as human rights activists, which gave her national recognition earning her a ministerial position within the John Mahama Administration. They further stated that their candidate was tried and tested with no questionable affiliations which made her the best candidate to win back the Adentan Seat.

All in all, the Stage is set for a dynamic race within the Adentan Constituency