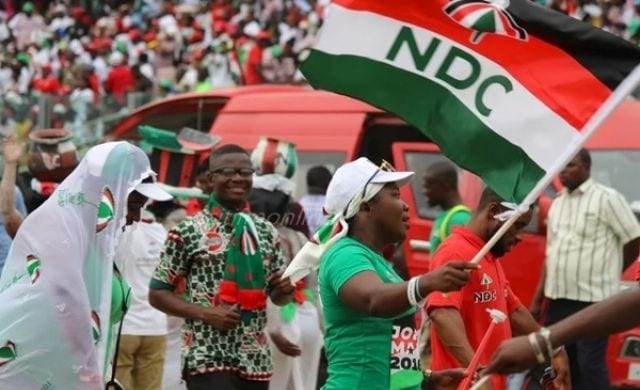 The NDC has suspended the Ayawaso North Constituency Chairman of the party Mr. Tahiru Ahmed.

The development comes on the back of allegations of violent intent levelled against NDC National Vice Chairman, Alhaji Said Sinare by the Ayawaso North Chairman.

Tahiru Ahmed is reported to have told Police that Alhaji Said was responsible for supplying guns to some youth to cause mayhem during the upcoming December 7 polls.

According to a press release issued by the party and signed by the Greater Accra Regional Secretary of the opposition party, Theophilus Tetteh Chaie, Mr. Ahmed has been caught in breach of Article 48(1) of the NDC’s constitution.

He has therefore been referred to the Disciplinary Committee of the party and directed to hand over all party assets in his possession to the Vice Chairman of the Constituency.

Meanwhile, all charges levelled against the NDC National Vice Chairman have been dropped by the Attorney-General.