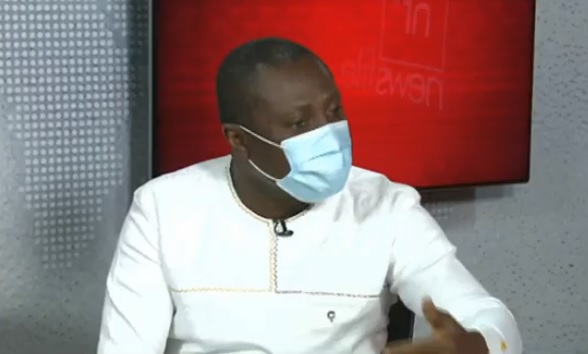 The Member of Parliament for Effutu, Alexander Afenyo-Markin says the New Patriotic Party (NPP) is building a nation and not just infrastructure.

His comments come after the NDC hit back at the NPP for claiming it has done more in terms of infrastructure than them.

The NPP in a Town Hall Meeting presented by Vice President Dr Mahamudu Bawumia laid down some projects that the NPP has undertaken since it took over and concluded that they have done more in terms of infrastructure than the NDC.

The NDC has challenged that assertion but Afenyo Markins on Joy FM's Newsfile says the NPP has not only done well in terms of infrastructure but they are also focused on building a nation.

"The NPP is building a nation and not just infrastructure. The NDC is clearly losing track of the whole argument. We have thrown a challenge to the NDC in terms of our record. If they [NDC] have a response, we are ready. If the NDC wants a sincere debate, they should make available the data."

Kwakye Ofosu says the NDC did more in terms of infrastructure than the current NPP government.

He added that there is no logical argument that can end in a conclusion that this NPP government has performed better than the NDC.

Both parties during the week were priding themselves with their infrastructure achievements, that led to John Mahama throwing a challenge to Akufo-Addo to debate him on their records.

The NPP has shot down the challenge and branded it unnecessary.

Mr Asante, however, believes the debate should not be centred on infrastructure only but it should be about the track record of the two leading political parties.