Our worse is better than your best - Bawumia jabs NDC 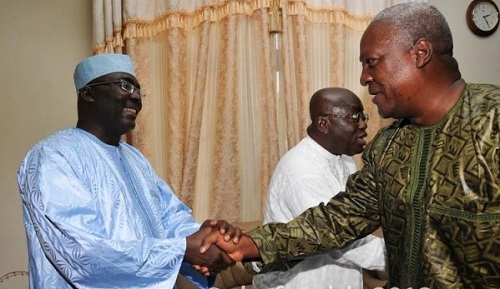 Vice President Dr Mahamudu Bawumia says the worse performance of the Ghana cedi under the New Patriotic Party' administration is better than best performance under the NDC.

Dr Bawumia was addressing Ghanaians on the state of the economy at a Town hall meeting in Accra.

One of the many issues Dr Bawumia had to address is the current state of the Cedi.

The Ghana cedi in recent times kept depreciating at a faster pace thereby affecting the economy.

"So our worse is better than your best and then you say boot for boot, this one is more like boot for 'chalewote' " the Veep added.

The NDC have been on the neck of the NPP with the recent cedi depreciation. The NDC usually refer the NPP and Dr Bawumia to 2016 where prior to the election he made a statement that:" when the fundamentals are weak, the exchange rate will expose you," these comments have solely been used as a reminder anytime the cedi depreciates.