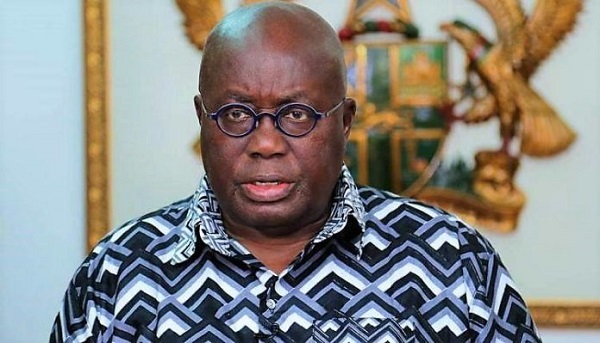 Mr Eugene Arhin, Director of Communications at the Presidency has moved swiftly to push away assertions that President Akufo-Addo protects government appointees who are accused of corruption and clears them of wrongdoings.

There are several allegations that President Akufo-Addo shields officials who are alleged to have engaged in corrupt acts and hence some say he is a 'clearing agent'.

According to Mr Arhin, every allegation levelled against an appointee of President Akufo-Addo has been investigated by relevant state institutions and the appropriate recommendations later presented to the President.

In an interview on Joy FM, Mr Ahin said every single act of corruption levelled against a government appointee has been investigated by relevant institutions including the Criminal Investigations Department of the Ghana Police Service, the Commission of Human Rights and Administrative Justice of bi-partisan probes in Parliament.

"People who make those assertions, unfortunately, have no basis because at the end of the day, right from day one every single allegation that has been levelled against any appointee of the President, any of them... Right from Boakye Agyarko when he was Minister for Energy, right down to the two Deputy Chiefs of Staff, every single allegation has been investigated," Mr Arhin said.

"The President is not the one who clears them in quote, no. Almost every single act that has been levelled against any of our state appointees are investigated by relevant institutions of state. Whether its the CID, whether it is CHRAJ whatever it is... It's a bi-partisan committee of Parliament these are the ones that carry out those investigations.

"He doesn't arrogate unto himself the powers of investigation and at the end of the day on restatement, no. Those investigations are conducted by the relevant bodies and once they bring the reports to him, he does it. Every single allegation of corruption, that has been levelled against his appointees that is what has been done".
Mr Arhin was providing further details about the suspension of the Chief Executive of the Public Procurement Authority (PPA), Adjenim Boateng Adjei by President Akufo-Addo.

He also assured that Mr Adjei will be investigated by the relevant state authorities as had happened in the past.

"...In this particular situation, that is exactly what has been done. He has moved to suspend the CEO of the PPA and he has asked the relevant institutions of state such as CHRAJ and the Office of the Special Prosecutor to go ahead and deal with the matter as quickly as possible. So, whatever recommendations they bring to him, he will definitely act on it," he stated.