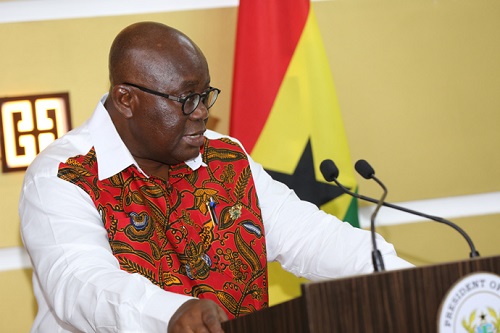 President Akufo-Addo has dismissed claims that the new Public Universities Bill which will soon be laid before Parliament will undermine academic freedom in Universities.

Addressing the first session of the University of Professional Studies (UPSA) 11th Congregation, at the UPSA Auditorium, Mr Akufo-Addo said the bill will rather, amongst others, bring all public Universities under a common law, thereby making the administration of public universities less cumbersome and more efficient.

The President added that his government and himself, â€œare firm subscribers as the bill amply demonstrates, of the cardinal importance of the principle of academic freedom in the development of all institutions of learning worth their sort.â€

President Akufo-Addo addressing directly, the students who graduated with bachelor of law degrees said, â€œEven though lawyers in Ghana have contributed greatly to the success of the country thus far, there are some who are ready to justify negative developments no matter how bizarreâ€.

He urged the graduands to ensure that they become lawyers who will choose to respect the rule of law. He urged all Ghanaians to be â€œnatural champions of a law-based state whose institutions are solid enough to sanction effectively vigilantism, bank frauds, cyber frauds, illegal mining, identity thefts, stealing of public funds, bribery and corruption, criminal cartels and criminal behavior in general.â€