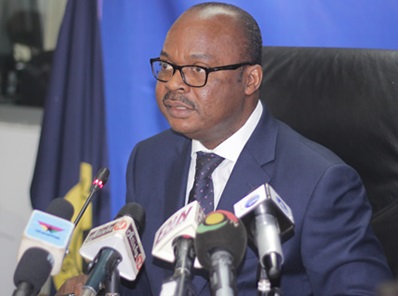 Flagbearer of the National Democratic Congress (NDC) and former President John Mahama says the revocation of licenses of some financial institutions by the Bank of Ghana (BoG) was not the best option.

Mahama described the Bank of Ghana’s crackdown in the financial sector is a “national security threat.”

Mahama who was interacting with Ghanaians on social media on Thursday said revocation of licenses would have been the last resort the BoG would have used.

He, therefore, said the Akufo-Addo government and the BoG instead of revoking the licenses of these financial institutions could have addressed the issue in a more favourable way.

“Revocation of licenses would have been the last resort and not the first resort. No country is immune to crisis in the financial sector,” he added.

He also said about 20,000 direct jobs were lost because of the financial sector clean-up.

“About 20,000 people have lost jobs directly due to the 420 financial institutions that have been shut down. We have not even added the indirect jobs. By the time we do the total calculation, about 40,000 to 50,000 people may have lost their jobs,” he added.

The Bank of Ghana has since August 2017 closed down 420 financial institutions in the country.

The Bank of Ghana, BoG recently revoked the licences of twenty-three (23) insolvent savings and loans companies and finance house companies.

The central bank in a statement said the revocation of the licences of these institutions has become necessary because they are insolvent even after a reasonable period within which the Bank of Ghana had engaged with them in the hope that they would be recapitalized by their shareholders to return them to solvency.”