Supervisor of President Akufo-Addo’s speech must be fired - Prof. Dordunoo 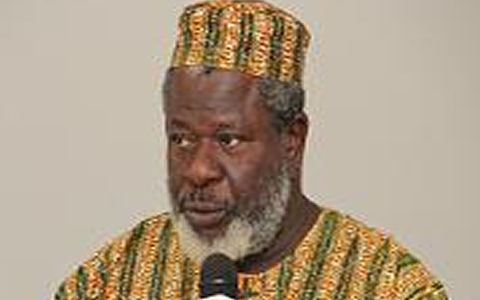 An economist, Professor Cletus Dordunoo is calling for the dismissal of the supervisor of President Nana Akufo-Addo’s ‘plagiarised’ speech during the inauguration on Saturday.

According to him, the supervisor’s action has caused embarrassment to the President and the nation as a whole and therefore must be sacked.

Speaking on Citi FM’s Breakfast Show this morning, the Professor said the allegation of plagiarism against Akufo-Addo is saddening and whoever was in charge of the speech that has been criticized on social media and other international platforms should not be in office.

“The issue about plagiarism has always been there. It was saddening. I would want to blame the President, but whoever supervised the writing of the speech should have made reference to these people,”he stated.

In 1790 he recalled, when the issues were taken very seriously, the Presidents removed their speech writers because it is like casting a slur on the President.

Many have called for the heads on the people in charge of writing President Akufo- Addo’s inaugural speech which had portions lifted from a speech by former President of US, George Bush without acknowledgment.