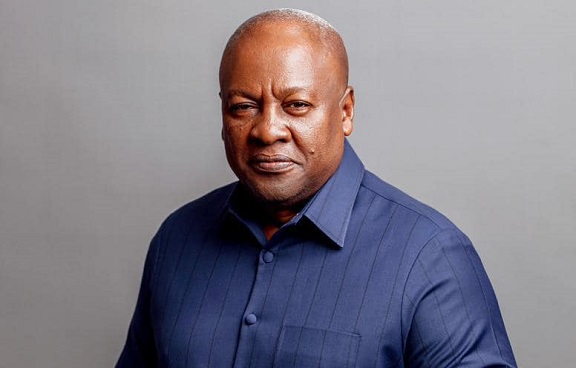 Former President John Dramani Mahama has called on Ghanaians to join hands in the government’s effort to put back the economy on track.

This, he said, was the only way the country’s economy could be saved from the eminent collapse starring it.

“Let us all hold hands together as Ghanaians beyond political and family considerations to make sure that we recover this economy; if you are in opposition and you are happy with what is happening now and the economy collapses, there will be no country to inherit even if you win power in 2024”, he said.

The Former President made the observation at Wa on Sunday during the final Islamic funeral rites (Adua) of the late Alhaji Mumuni Mankaama, a former regional executive of the National Democratic Congress (NDC) party who died and was buried on November 7.

The late Alhaji Mankaama who left behind five wives and fifteen children was a former youth organizer and later, a regional executive and contributed to the gains of the party in the region.

Former President Mahama claimed that even though the hardship and economic setback the country was experiencing were as a result of mismanagement by President Nana Addo Dankwa Akufo-Addo and his government, as patriotic citizens, Ghanaians must do the little they could to help restore the fortunes of the state.

Touching on the late Alhaji Mankaama, Mr Mahama described his passing on as shocking, but expressed the hope that his soul was at the right place.

The former President described the deceased as a “kind and God fearing man” of integrity, who rendered his sincere services to humanity and the nation without a shred of malice.

“The late Alhaji Mumuni Mankaama was a great listener, adviser, a teacher and apolitician who cared so much about his subjects, I pray he fine peace with his marker “, he said.

He extended a word of advise to the mourners to learn from the exemplary life of the deceased particularly, candidates who failed to acquire the nod to continue in the next administration as party executives in the just ended regional elections of the party.

“Those who have lost, I wish to tell you that is not the end of your life, I have lost some battles and I am still here so don’t give up, join hands with those who won and let’s work together for the NDC to win the elections”, he charged.

Mansura Mumuni Mankaama, daughter of the deceased in a tribute, described her father as a strict disciplinarian who played the role of a father and a companion, saying he exhibited the qualities every child would want in a father and pushed for unity amongst the siblings.

Hundreds of people across the region and beyond attended the Adua of the late Alhaji Mankaama at the forecourt of Dondoli park to mourn with the bereaved family.