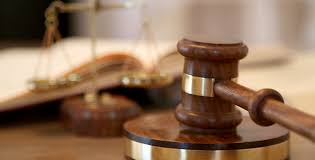 Mr. Baasongti sued the Member of Parliament for the area, Martin Adjei-Mensah Korsah, the Electoral Commission and the Clerk of Parliament.

Speaking after court proceedings on Wednesday, February 24, 2021, the National Democratic Congress General Secretary, Johnson Asiedu Nketia, said his side’s legal team has still not succeeded in serving the Clerk of Parliament despite the suit being filed on January 11.

The NDC MP candidate has thus decided to discontinue the case against the Clerk of Parliament, upon advice from his lawyers.

“Our case will not hurt that much if we discontinue the processes against them so that we take Parliament out of it and proceed against the Electoral Commission and Martin Adjei-Mensah Korsah.”

The court however requested a motion of notice which has to be served on the clerk before the case can be discontinued.

The Clerk will have to be served before Mr. Baasongti can proceed with arguments on two other motions against the Electoral Commission and Mr. Korsah.

Mr. Baasongti’s lawyer expressed disappointment with these developments, according to Mr. Asiedu Nketia.

“He believes that these technicalities are intended to unnecessarily delay the case against the intentions of the court and everybody.”

Mr. Baasongti wants the declaration of Mr. Korsah as the winner of the parliamentary elections to be quashed.

He also wants the Electoral Commission to be compelled to collate polling station results in the constituency in the presence of the representatives of the candidates.