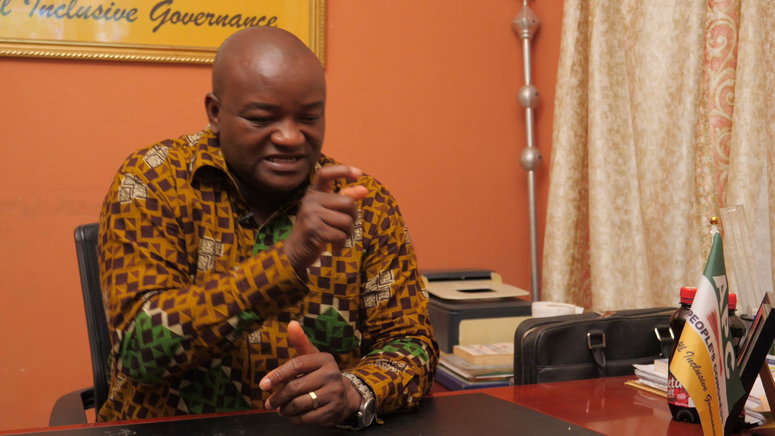 Founder and Leader of the All People's Congress (APC), Dr Hassan Ayariga has stated that the current administration of the Electoral Commission (EC) has no believe in the country's democratic principles.

Explaining the rationale behind his statement he said the Electoral Commission has failed to allow stakeholder participation in discussion and dialogue of electoral processes in the country. Adding, the current EC is forcing people to accept what they don't want.

The Founder of the APC also stated that the EC is supposed to promote democracy in terms of electoral processes, but looking at its latest stance to begin registration of the voters register in April this year, the EC is not abiding by the democratic principles governing the country.

''The EC is supposed to encourage democracy and then the rule of law in terms of voting and acceptance of our electoral resolves. They are supposed to also make sure we have free, fair credible elections and its also the duty to make sure that we believe in democratic principles and abide by the values of democracy''.

He added that: ''If EC says whether we like it or not they are going to force and do the register all this believe I have said, do they really believe in those principles? The democratic principles of Ghana that we have to believe in democracy which means they themselves don't believe in democracy because democracy allows the other participation in discussion and dialogue not forcing people to accept what they don't want. The people are crying saying we don't need voters register because we know the complications. Civil society groups have joined the wagon why don't you just sit down and dialogue with them, you said no am going to proceed whether they like it or not .So if they say they are going to proceed then the current EC is not qualified to be an institution that has to promote democracy.''

The Former Vice Chairman of the Public Interest and Accountability Committee (PIAC), Kwame Jantuah has indicated that the Electoral Commission's decision to compile a new voters' register will bring about more challenges during the 2020 general elections.