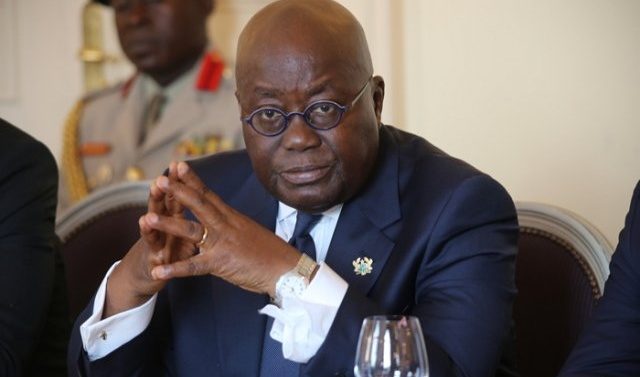 Vice President Dr Mahamudu Bawumia has told former President John Dramani Mahama to use data to speak or he will be embarrassed.

Mr Mahama recently said the current government has not done much in terms of infrastructure and that has badly affected the fight against COVID-19 a comment which has not gone down well with Dr Bawumia.

Dr Bawumia said no government has delivered as much infrastructure in its first term than the Akufo-Addo led government.

Dr Bawumia speaking to the press on May 4, 2020, after chairing a COVID-19 meeting at the Jubilee House advised the former President to always refer to the data available to make his case or risk embarrassing himself.

READ ALSO: Use more local languages in COVID-19 communications because it's too anglocentric - Omane Boamah

â€œWe have been able to perform much better than the situation we inherited, in fact the data is very clear so my advice to Mahama is to take a look at data before you speak or you will end up embarrassing yourself. The data has been very clear Agriculture, Industry, Inflation, Interest rate, creation of jobs we have done better than his administrationâ€.

Mahama recently ridiculed the promise by President Akufo-Addo to establish some 88 hospitals within a year.

He added that Akufo-Addo was only reacting because COVID-19 had exposed the administrative failures of his government.

He also hit out at them for abandoning several infrastructural projects which was started by his administration before leaving office.

This was contained in the Ghana Health Service updates released on May 2, 2020.

The recovery numbers stand at 229 with 18 deaths.