Video: NDC has always demonstrated it does not talk but deliver - Mahama 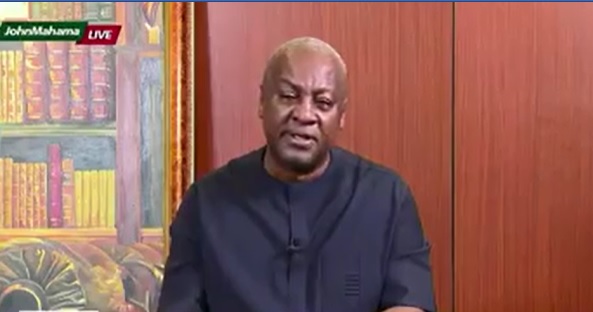 Flagbearer of National Democratic Congress (NDC) John Mahama says his party has always demonstrated to Ghanaians that they don't talk much but deliver their promises.

John Mahama addressing Ghanaians in a Facebook live session on June 18, 2020, said they are guided by actions and not talks and evidence of their work is all over Ghana.

He vowed that if given another opportunity to be President of Ghana, he will do everything within his power to ensure he spreads development all over the country.

READ ALSO: I have an idea who my running mate is and I will name the person at the right time - Mahama

"The NDC party I lead has demonstrated over and over again that it does not talk it delivers. We are guided by deeds and actions and not talks. In our period in office we delivered several modern health facilities and if given the nod again we will make sure each region has a modern hospital".

Mahama during the same session described the government's handling of COVID-19 as chaotic.

He also accused the government of failing to take advice from stakeholders in the COVID-19 fight and also suing the pandemic for propaganda purposes.

Mahama says if the government had listened to advice from major health players that could have helped reduce Ghana’s current COVID-19 numbers.

Mahama has still not named a running mate with just over 5 months to the general election.

Key names such as Dr Kwabena Duffuor, Kwesi Ahwoi, Prof John Gatsi, Nii Okoi Dsane, Alex Mould, Asiedu Nketia are some of the names that have prominently come out for the running mate position.