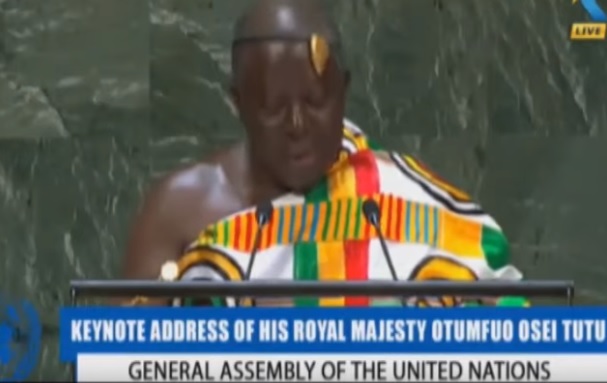 Asantehene, Otumfuo Osei Tutu II, has revealed that the Manhyia Palace intervened to persuade the losing candidate in the 2016 general elections to accept defeat.

John Mahama, then the president, lost to candidate Nana Akufo-Addo in a fiercely-contested 2016 general election.

Akufo-Addo polled 53.9% of the total valid votes, while John Mahama managed 44.4%, the worse so far for an incumbent President.

Before the results were declared by the Electoral Commission, both parties – the National Democratic Congress (NDC), then incumbent, and opposition New Patriotic Party (NPP) – organised a press conference to each call the polls in their favour, plunging the country in a state of tension.

“At the conclusion of the last presidential and parliamentary elections, the country [Ghana] stood on the edge of disaster. The UN representatives and the diplomatic community were aghast, alarmed that Ghana was going to slip down the slope of electoral violence.

“Fortunately, the moral authority of the palace was at hand. We were able to intervene to persuade the losing candidate to accept his fate and fly both candidates for a quiet encounter to pave the way for a handover,” said the Asantehene.

Otumfuo Osei Tutu II made the revelation when he delivered a speech at the UN General Assembly on using traditional methods and culture to engender peace in the Ashanti Region and Ghana.

He cited the intervention after the 2016 polls as among the “highest examples of the crucial roles behind the curtains when the moral force of tradition is harnessed to protect and sustain the peace, unity and security of Ghana.”