We have no preferred candidates in NDC elections, says Mahama’s family 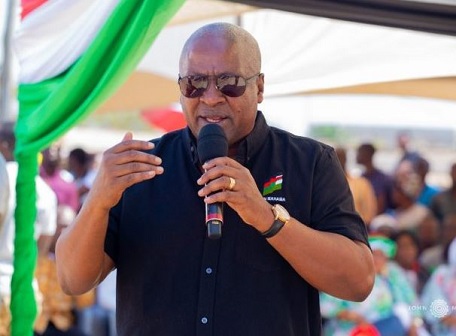 The family of former President John Mahama has dismissed claims of having preferred candidates in the upcoming NDC Internal Elections.

A statement issued and signed by Rafik Mahama, Secretary to the family said no member of the family is aligned and supports any of the candidates as being alleged asking the general public and members of the NDC to disregard the said reports.

“Reports reaching the family of H.E. John Mahama indicate some persons associating their names with certain candidates in the upcoming internal elections of the National Democratic Congress (NDC).

“For the avoidance of doubt, no member of the Mahama family, including H.E John Mahama, has any preferred candidates. The family has absolute belief in the ability of the party’s delegates to elect, out of the party’s rich pool of qualified candidates, the best candidates to serve in the various positions being contested.

“The Mahama family wishes all candidates the very best of luck in the upcoming internal elections of the NDC,” the statement said.

At least 712 candidates will be contesting the various positions that are up for grabs.

Elections have been suspended in the Bono East and Ahafo, while, in the Eastern Region, only the women and youth organiser elections will come off as scheduled.

A statement signed by the NDC’s Deputy Director of Elections, Daniel Amartey, said all is set, in terms of security arrangements, logistics and venues, for the regional contests.