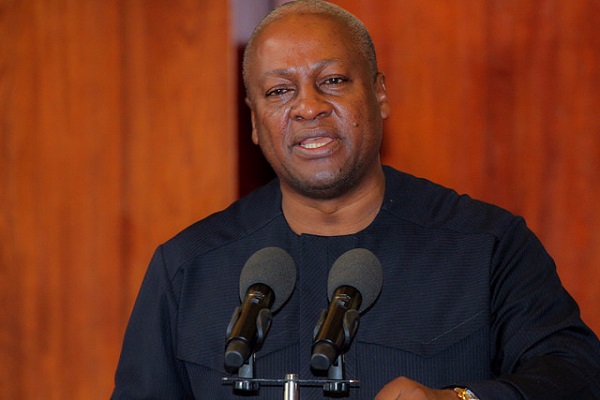 Flagbearer of the National Democratic Congress (NDC) John Mahama says he is firmly behind his party's stance on the December 17 referendum.

The NDC has made it clear that are against the decision to elect local assembly representatives along partisan lines.

They have urged Ghanaians to vote 'No' in the referendum. Mahama speaking to the media in WA explained that electing Local Government representatives along partisan lines while giving the President power to appoint 10 percent of the members of the assembly is not tenable.

He said the NDC have asked for some amendments to be done and if not they will go ahead to vote 'NO'.

“For instance, we have to repeal the part that says the President can appoint members of the District Assembly because if we say we are going to make them elected by political parties why will we go and vote as political parties and the President will still have the right to appoint 10 percent of the Assembly so all those things should be repealed so we can see our way clearly. The government has promised to look at those things and repeal them so we are hoping that they will be able to do that.”

The Referendum which seeks to amend Article 55 (3) to enable political parties to sponsor candidates for election to District Assemblies or Lower Local Government Units has been greeted with mixed reactions from a number of interest groups.