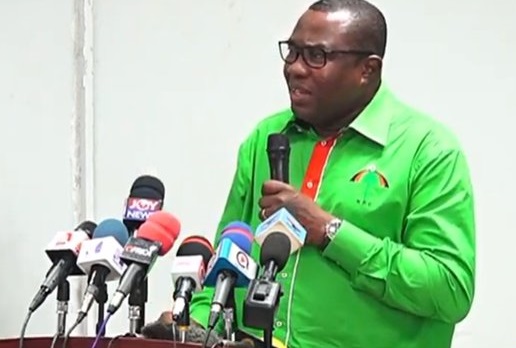 The opposition National Democratic Congress (NDC) has urged Ghanaians to vote 'No' in the upcoming referendum.

They are urging Ghanaians to vote against the proposed amendment of Article 55 (3) of the 1992 Constitution which will make local government elections partisan.

Article 55 (3) states that “subject to the provisions of this article, a political party is free to participate in shaping the political will of the people, to disseminate information on political ideas, social and economic programmes of a national character and sponsor candidates for elections to any public office other than to District Assemblies or lower local government units.’’

The referendum has become necessary because Article 55 is an entrenched provision of the Constitution and therefore can only be amended through a referendum.

The NDC today November 12, 2019, held a press conference and their Chairman Samuel Ofosu Ampofo said the local government system should remain non-partisan and that individuals should contest the District Assembly and Unit Committee elections on their own merit. 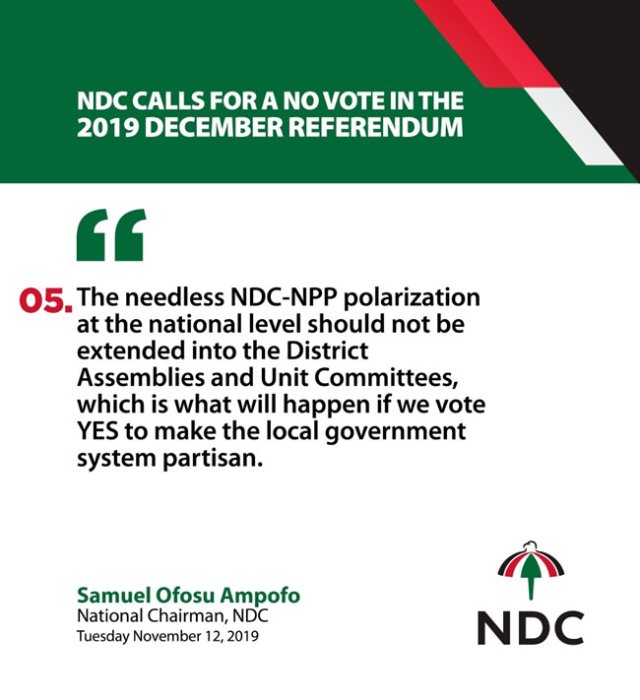 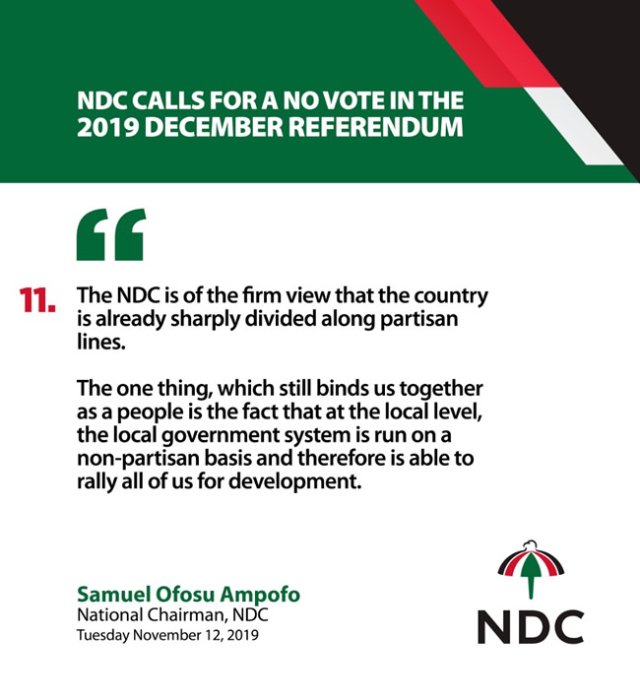 Amending Article 55, in the NDC’s view will result in many consequential matters and pitfalls which it says the government is yet to consider.

It is for this reason, they believe that the proposed amendment should have been subjected to intense public discussion as it required for holding referenda on any provision of the Constitution.

“Without the needed clarity, confusion would arise out of the referendum. This is the problem Great Britain has had to grapple with since the Brexit referendum.”