You have no message for election 2020 - NPP to NDC 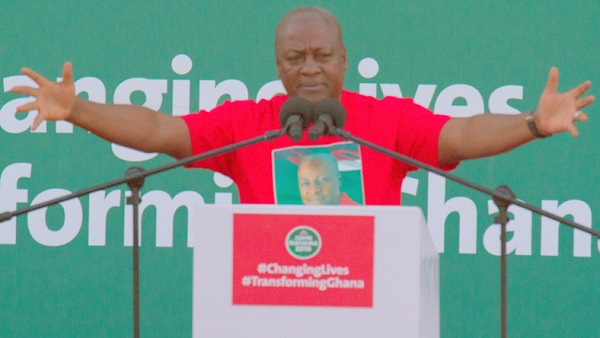 The New Patriotic Party (NPP) says the National Democratic Congress (NDC) has no message for Ghanaians ahead of the upcoming 2020 elections.

The NPP addressing a presser yesterday said the opposition is clinging on to character smearing and vague suppositions in an attempt to divert attention from the laudable achievements of the Akufo-Addo government.

The presser was addressed by General Secretary of the party, John Boadu who stated that the NDC in the absence of anything concrete and future-looking to offer, have resorted to a game plan aimed at repeating loudly and very often a mantra of “corruption,” to tarnish the president’s name.

He said this strategy by the NDC is in the hope of getting that image to stick in not only Ghanaians’ minds but, also, more importantly, to try to influence the outcomes of independent surveys – especially foreign-sourced surveys – as a way of vindicating their non-existent approach to fighting corruption.

“In sum, whilst the President acknowledges the presence of corruption, past and present, and demonstrates concrete steps towards sustainable lasting solutions, the NDC prefers smoke and mirrors, shouting as loudly as possible in the unrealistic hope of gaining doubtful political capital,” he said.

John Boadu has therefore challenged the NDC to come out with their policy position about the future of the country.