14 facts of Johan Cruyff the player and coach 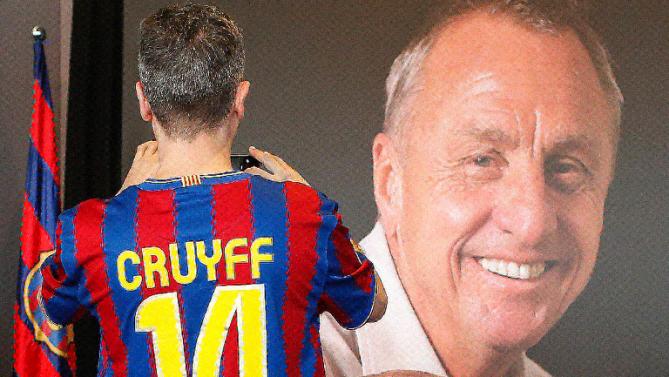 The Dutchman had more luck as a player than as a coach against Real Madrid, never facing them in European competition.

Johan Cruyffâ€™s first ClÃ¡sico goal is one of the most memorable in BarÃ§a history. On 17 February 1974, the Dutchman scored his first against Real Madrid in the unforgettable 5-0 win in the Santiago BernabÃ©u.

Cruyffâ€™s first goal against BarÃ§aâ€™s eternal rivals at Camp Nou took a little longer to arrive, coming as it did in a 3-1 win in his fourth season at the Club with fellow Dutchman Rinus Michels as coach.

As a player he took part in a total of eight ClÃ¡sicos, all of them in the league. His record: four wins, two draws and two defeats.

As a BarÃ§a coach his record against Real Madrid was nine victories, six draws and ten defeats in 25 matches.

A closer look reveals that 16 of those matches came in the league (seven wins, four draws and five defeats), three in the Copa del Rey (a win in the 1990 final, a draw and a defeat in the semi-final elimination in the season 1992/93), six in the Spanish Super Cup (a win, a draw and four defeats).

He lost the three meetings with Real Madrid in the competition.

Cruyff as coach faced a total of eight different managers in his meetings with Real Madrid - John Toshack, Alfredo Di Stefano, Leo Beenhakker, Benito Flor, Vicente del Bosque, Jorge Valdano and Arsenio Iglesias. The coach he faced most was Benito Floro whom he came up against on seven occasions.

In his time as coach as many as 15 different players found the net against Real Madrid.

JosÃ© Mari Bakero scored the first three goals against Real Madrid of the Cruyff coach era in 1988/89 with Meho Kodro scoring the final two in the season 1995/96.

The most common result in the ClÃ¡sico with Cruyff as coach was 1-1, a scoreline that occurred on five occasions.

BarÃ§aâ€™s 5-0 win on 8 January 1994 is surely one of the best games of the Cruyff era as coach. A year later came one of the worst with Real Madrid winning 5-0 against BarÃ§a in the BernabÃ©u.

Johan Cruyff, along with Josep Guardiola, is the only man to have beaten Real Madrid 5-0 as a player and as a coach.