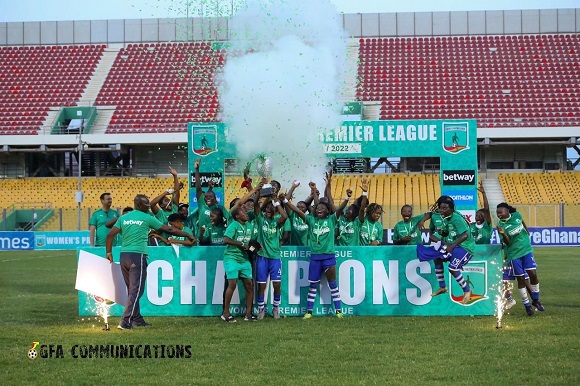 The Malta Guinness Women's Premier League will kick start on the weekend of October 7-10, 2022 across the Northern and Southern Sector.

Defending Champions Ampem Darkoa Ladies will begin their title defence at home against Northern Ladies in Techiman in the Northern Zone.

Top of the liner in the Southern Zone is the game between giants, Hasaacas Ladies against Berry Ladies at the Gyandu Park in Sekondi.

Faith Ladies who impressed in their debut season after finishing second in the southern zone will look to fight for a spot at the top of the table this time when they begin their season away at Ajumako against Soccer Intellectuals.

Kumasi Sports Academy and FC Savannah were relegated in the Northern Zone last season with Sea Lions and Immigration Ladies relegated from the Southern Sector.

Find below fixtures for match Day One in the Malta Guinness Women’s Premier League: 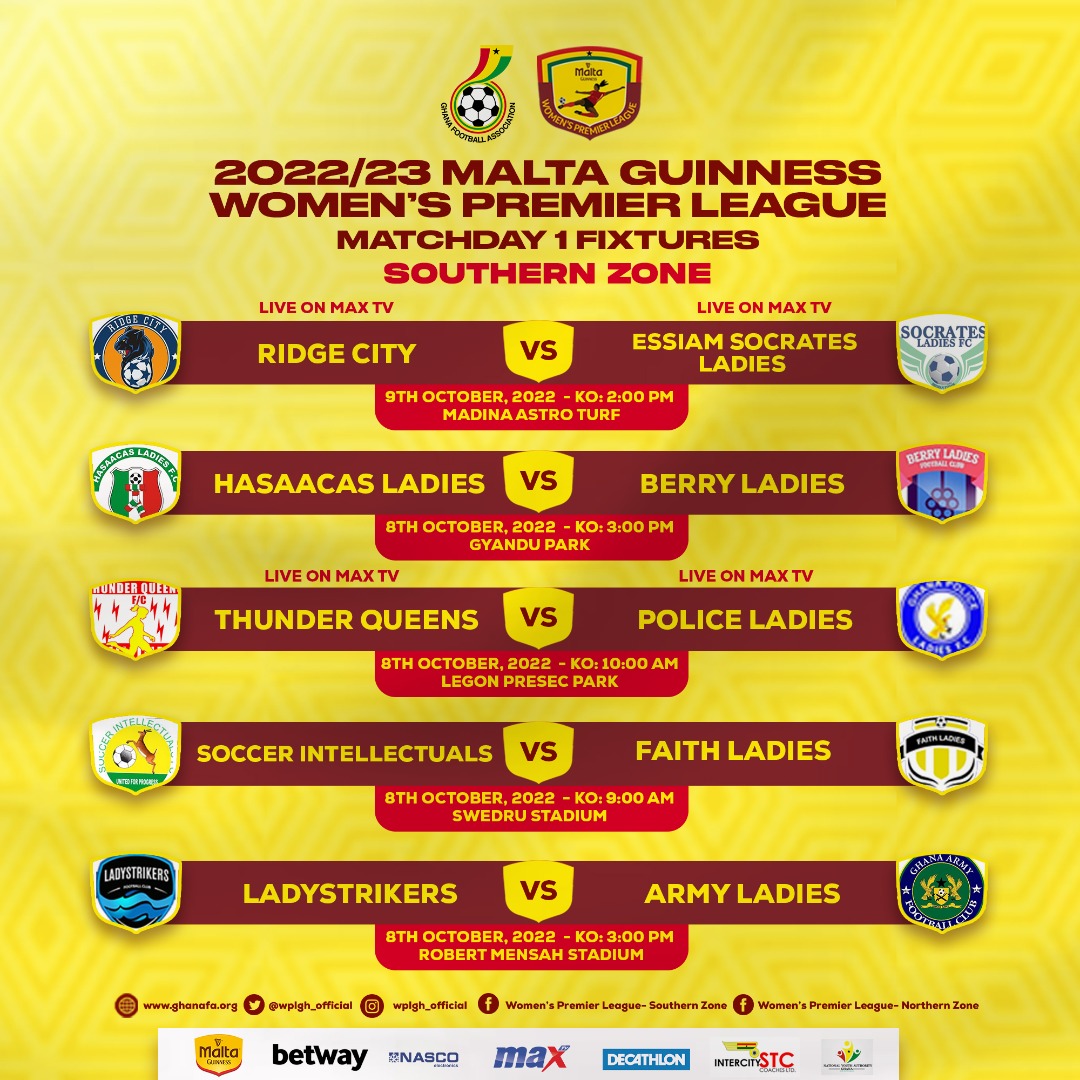 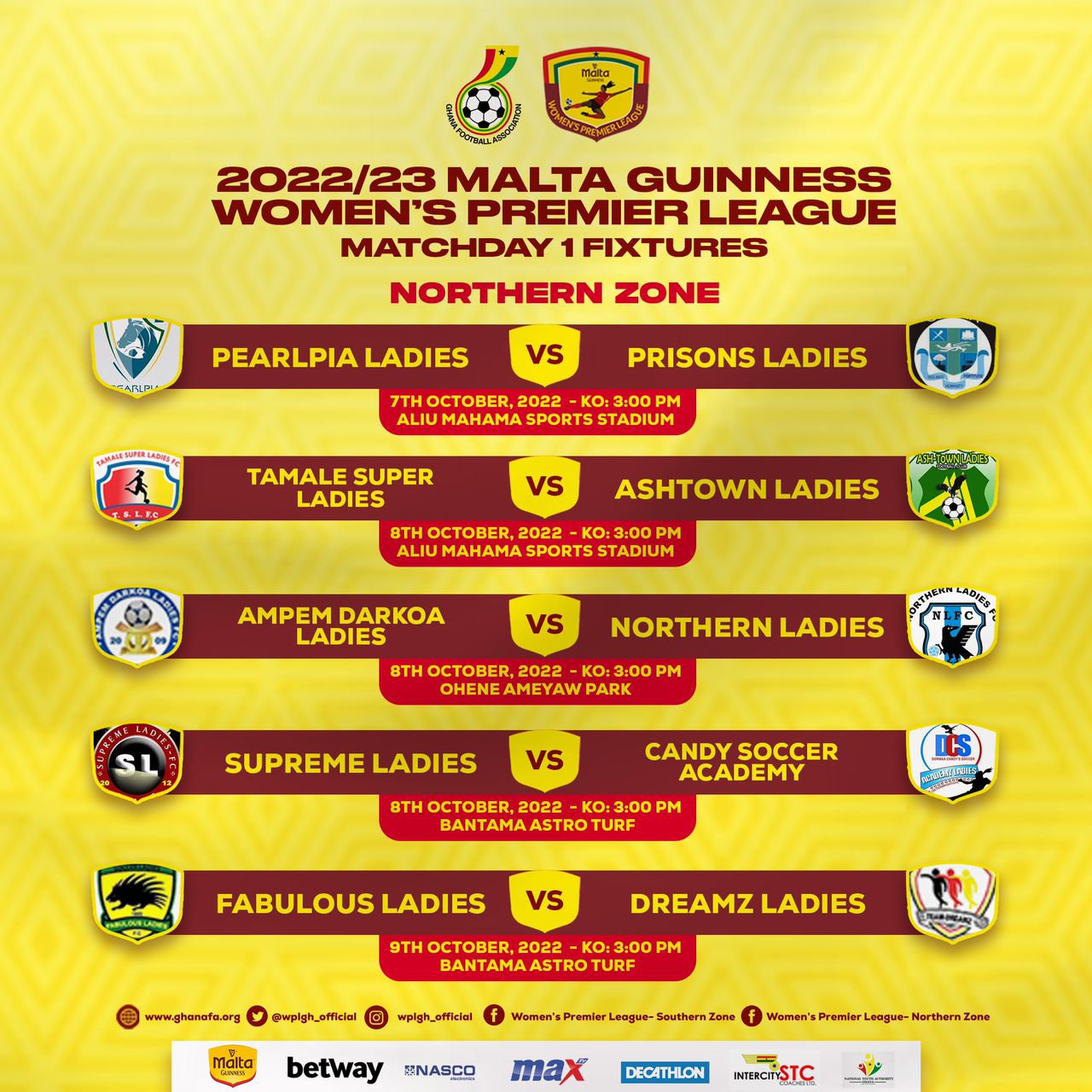